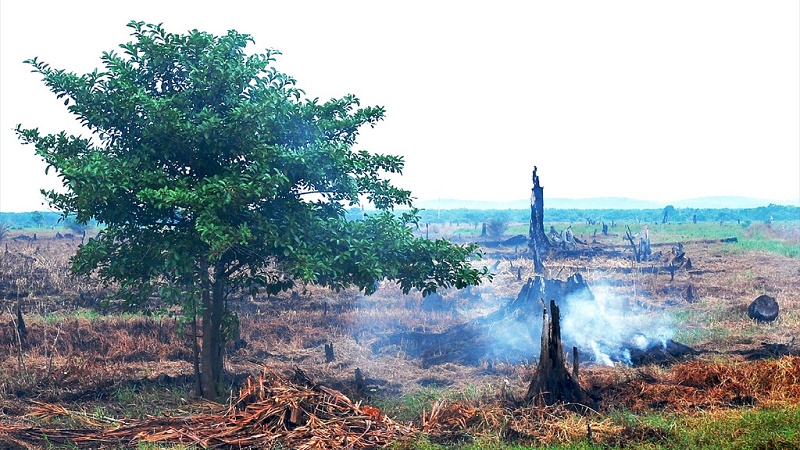 In potentially one of the biggest climate commitments since the 2015 Paris deal was agreed, Indonesia has banned development on its remaining 15 million hectares of peatlands.

Under a moratorium decreed by President Jokowi this week, any attempt to dry out the carbon-rich peat bogs is now illegal and areas damaged by companies must be restored.

Peatlands cover 3-5% of the planet’s surface, but store 30% of all soil carbon. Generally wet, they can burn fiercely when dried to make space for palm oil, pulp and paper plantations, causing devastating air pollution.

Norway has pledged an initial US$25 million to fund the effort with a further $25m in the pipeline, for an initiative which its climate minister Vidar Helgesen said could prove a “breakthrough for the implementation of the Paris Agreement”.

The new law builds on an existing moratorium limiting development on lands where peat was more than 3 metres deep, although civil society groups have questioned how well Indonesia enforces environmental regulations.

ICYM: Fire bombs: why is the Mediterranean burning? https://t.co/KpAq7P1jt3 pic.twitter.com/dm8Dy2sKLQ

The UN’s environment chief Erik Solheim described the decision as “historic” for efforts to slow global warming. “This is an example of the kind of leadership that the world needs right now,” he said.

According to analysis by the World Resources Institute, last year more than half of Indonesia’s recorded fires were located on peat bogs, which also emit vast quantities of methane.

The 2015 fire season was one of the fiercest on record: at its peak 100,000 individual fires were detected, emitting more greenhouse gases in a day than the US daily total and generating economic losses of $16.1 billion according to the UN.

Sumatra, Kalimantan and Papua are among the worst affected islands – comprising an area twice the size of Ireland.

“Stopping the conversion of peatland in Indonesia is a huge win in the fight against climate change”, said Andrew Steer, president of the WRI.