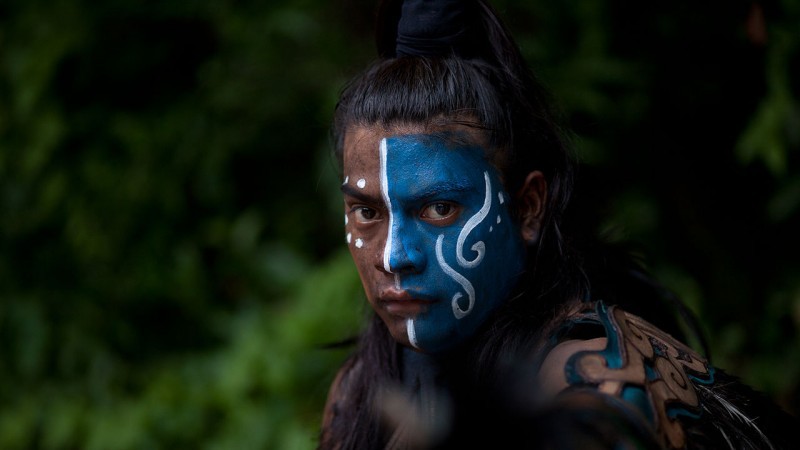 Conservation reserves in Central America have shut indigenous peoples off from their traditional lands and driven deforestation, community leaders have told Climate Home.

Since revolution in the region started to wind down in the 1980s, there has been an internationally celebrated trend to create large conservation areas. Hundreds of thousands of square kilometres of forest have been placed within borders designed to protect them.

But according to a report released at a meeting of the Convention on Biological Diversity in Mexico on Thursday, some of those areas have placed restrictions on the tribes who made their living in the forest through traditional, and what they say are sustainable, practices.

“The protected areas have had a terrible impact on our people,” said Norvin Golf, the president of a coalition of Miskito tribes from Honduras. “And when you look at the maps you can see it. It is clear that on lands that we manage, the forests are standing, and where there are protected areas and no people, there is invasion and destruction.

“By not recognising the indigenous peoples as owners of the protected areas, the government opens our territories to an invasion of people seeking to expropriate the land, destroy the forests, and turn our ancestral home into a source of money.”

Andrew Davis, who produced the report for the Primsa Foundation, said: “Commitments to indigenous peoples look good on paper, but when you travel to the protected areas in some countries, you see government agencies using the threat of arrest and sometimes even intimidation to prevent indigenous peoples from harvesting and using resources on lands they have been conserving for hundreds of years.”

In October, a study compared the health of forests in South America under indigenous management and those where tenure had not been granted. It found significantly decreased rates of deforestation.

“Indigenous people living in that area are really interested in keeping those areas well,” said Gustavo Sánchez, president of an umbrella organisation for indigenous and peasant groups in Mexico. “Because they are living there, they are living from products they get from the forests. The government don’t have the resources to make sure that this happens.”

A map, also released on Thursday, from the International Union for Conservation of Nature (IUCN) found that indigenous communities in central America occupy an area of 282,000 sq km: five times the land area of Costa Rica.

“You cannot talk about conservation without speaking of indigenous peoples and their role as the guardians of our most delicate lands and waters,” said IUCN regional director Grethel Aguilar. “Where indigenous people live, you will find the best preserved natural resources. They depend on those natural resources to survive, and the rest of society depends on their role in safeguarding those resources for the wellbeing of us all.”

Mesoamerica, the cultural region spanning from central Mexico to Honduras, outperforms any other region when it comes to the number of tribes granted land tenure. This is partly because of the historical resilience of tribes in these areas, where they maintain a higher level of political clout than indigenous peoples elsewhere.

In many areas, this higher level of land tenure has translated into better access and protection. Victor Lopez, head of the Guatemalan Community Forestry Association, said the Maya Biosphere Reserve was an excellent example of the parallel paths of between cultural and environmental heritage.

But he said there were other cases in which conservation had compounded dispossession. He highlighted the Semuq Champey national monument, where thousands of tourists come to experience the wonder of the limestone structures along the Cahabón River – sacred to the local people.

Yhose traditional owners are barred from even entering the park and visiting their own religious sites, he said. Instead they watch the tourists as they file through. Local protests have lead to violence and police repression.

These conflicts are partly a historical legacy, Davis’ report found. Many of the reserves were created before the link between indigenous rights and conservation was established in the mainstream. But they are also the result of continuing failure on behalf of governments to consult, said Lopez.

“I cannot say that conservation has been successful [in general]. At these times that governments give back the rights to local people, it has been successful. But we have many conflicts around the country,” he said. “I am convinced that the main cause of that is the policy of creating in a very vertical and centralised way the protected areas without proper consultation and respectful involvement of local people, both indigenous and multicultural people.”

The Mexican, Guatemalan and Honduran governments did not respond to requests for comment. 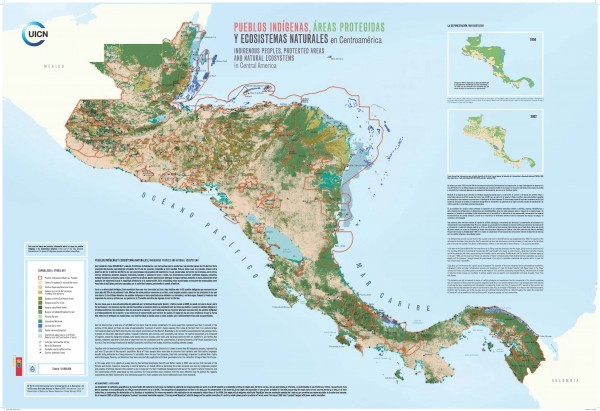 Sánchez also said that there were many successful examples of integration between protected areas and indigenous people in Mexico. But that there were troubling examples of landowners being shut out. This includes the famed Monarch Butterfly Biosphere Reserve, where the migratory insects overwinter.

The report said that local communities in that area had been placed under tight restrictions and disqualified from their traditional practices of selective logging and are instead directed what crops to farm.

“The problem is that when indigenous people’s rights are taken away from the land that they are preserving and protecting they lose interest in protecting and conserving those areas. So you lose control of those areas of forest and the amount of personnel that the government has to protect those areas is not enough,” said Sánchez.

This gap in stewardship allows illegal loggers to operate, he said. Deforestation in the reserve tripled in recent years.

“By excluding us, the government allows the invasion of the lands, and the theft of the biodiversity they want to protect,” said Golf.