The EU is billions of euros below its climate target and there are insufficient checks on where much of the €1 trillion budget is going. 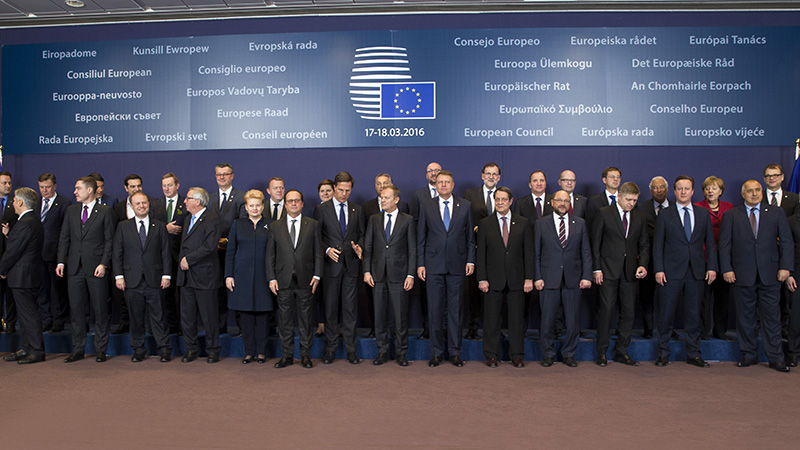 The European Union could miss its climate spending targets due to fragmented funding and inflated numbers, warns the European Court of Auditors (ECA).

Although in percentage terms the figures look small, the fact that the total budget is €1 trillion means a great deal of money is being spent on purposes other than mitigating or adapting to climate change.

A report by the ECA reveals that some of the funds labelled climate adaptation were “not proven” to be that. If other criteria were used, the actual spending on climate-related issues in fisheries and agriculture alone would be €33 billion less than estimated.

The report says the EU will spend just under 19% of its budget on climate-related activities by 2020, short of the union’s 20% spending goal.

Between 2014 and 2016, EU climate spending hovered at around 17.6% of the budget, but did not increase significantly, the auditors found. Spending was meant to have reached 19.7% of the total budget by 2017.

With the EU budget for 2014-2020 standing at just over €1 trillion, the projected loss of climate investment could be in the billions.

One reason for missing the target is the fragmentation of EU climate spending, the auditors say. Instead of pooling the funding into one climate action pot, the European Commission decided to channel money from different streams towards climate activities, leaving it up to the respective fund managers to decide how this would be done.

Sources of climate funding include fisheries, farming and technology development. In these areas there has been “no significant shift towards climate action and not all potential opportunities for financing climate-related action have been fully explored”, says the ECA.

“Large parts of the funding to European farmers, both direct payments and under rural development programmes, are labelled climate adaption, but positive environmental impact is not proven,” he says.

Will Europe be a deal maker or a deal taker? @MAC_europa's speech at launch of clean energy package yesterday: https://t.co/98sLcLmzzd pic.twitter.com/pMMsOsIl4h

Another reason behind the shortfall identified by the auditors in their 22 November report is the European Commission’s habit of using planned expenses, which, the report says, do not always mirror actual spending.

However, a spokeswoman for the European Commission’s climate action directorate says efforts to ramp up climate activities are under way, and that the EU is still broadly on track to meet the target by 2020. “We have already managed to integrate climate-related spending into our policy and this is an achievement of its own,” she told Climate News Network.

Such efforts, however, have not extended to all parts of the climate action budget. Horizon 2020, the EU’s research programme, spends only 24% of funds on climate-related work, while its target is set at 35%, the auditors reveal.

Furthermore, they say that the EU lacked a specific plan as to how it would ensure programmes that have fallen behind will catch up. Spending on climate action would have to increase by 22% every year until 2020 for the target to be met, the report found.

“Progress has been made, but in key spending areas it is largely business as usual,” says Phil Wynn Owen, the auditor who oversaw the compilation of the report.

In addition, the EU’s efforts to track climate spending are poor, the auditors say. If the commission used what the court deems “internationally established methodologies”, such as those used by the OECD, actual climate spending under the agriculture and fisheries heading would be around €33 billion less than currently estimated.

“The European Commission should immediately improve its so-called ‘climate action tracking’ methodology to get a more accurate picture about the volume and actual impact of climate action spending,” says Trilling.

The EU’s 20% spending promise is a vital contribution to meeting the UN emission reduction targets set out for its member states. According to Trilling, the EU cannot maintain its aspirations to lead on the Paris Agreement if spending is not ramped up in time to meet the promise. To be a climate action leader, “the whole EU budget has to be 100% climate-proof”, he says.