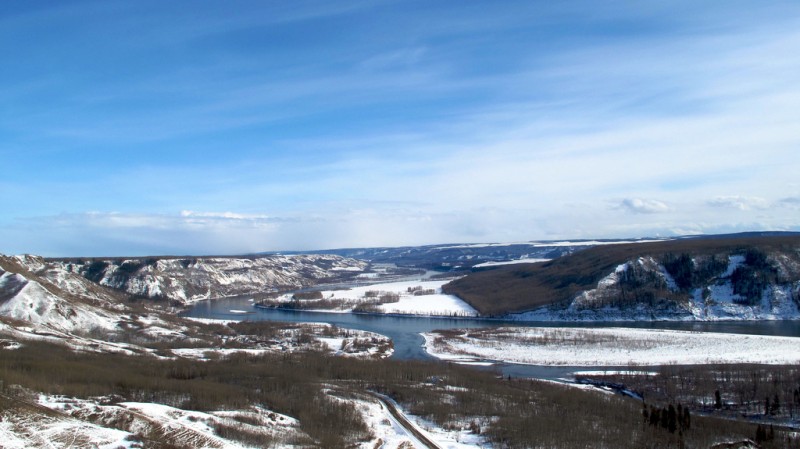 Under the Paris climate deal, countries must “respect, promote and consider their respective obligations on human rights” – including the rights of indigenous people.

That provision is being put to the test in North America, where indigenous communities fiercely oppose oil pipelines and a major hydropower dam.

Kevin Hart, regional chief of the Assembly of First Nations – an organisation representing 900,000 Canadians, has come straight from Standing Rock to UN climate talks in Marrakech.

“I was there as an international observer representing 600 nations. I went down to give my support to my relatives in Standing Rock,” he told Climate Home. “You know, I witnessed firsthand women being attacked by security forces with dogs, goons hired by Dakota Access pipeline.”

Standing Rock, US has been the site of fierce clashes over a US$3.8 billion oil pipeline. On one side, the native Sioux tribe and environmentalists are trying to block construction, fearing its impacts on the Missouri river and contribution to climate change. On the other, security forces defend the property rights of developer Energy Access Partners, which has permits for the project.

To Hart, it invoked a dark period of human history. “When arrests were made, our people were put in dog kennels in the Morgan country sheriff’s department,” he recalled. “They had numbers written on their arms… Back in the second world war, we had another regime do that to another group of people.”

Another leader from the Assembly, Francois Paulette, feels the same anxiety. He lives about 200 miles downstream from Alberta’s tar sands, where crude oil is to be extracted and taken to refineries in the US Gulf Coast under the Keystone XL pipeline project.

The Keystone Pipeline XL project was halted by US President Barack Obama, who refused to grant the application of TransCanada, the company behind the project. His successor Donald Trump, however, has promised to un-block fossil fuel projects.

Paulette said the wastewater discharged can seep into the Athabasca river, which flows into their territory. This is what happened with other existing pipeline projects, he claimed: “That river is so polluted, people are dying from cancer, people cannot eat fish.”

Francois Paulette is in Marrakech to register his opposition to oil and hydropower projects (Pic: Purple Romero)

It is not just oil pipelines that concern Paulette, either.

In August, the Canadian government approved two permits for the construction of the Site-C dam, which will flood the Peace River valley territory, a major fishing and hunting site for the Prophet River and West Moberly First Nations.

Paulette maintains that prime minister Justin Trudeau, like his predecessor Stephen Harper who approved the Keystone Pipeline XL project, did not consult indigenous people before giving the Site-C dam the green light.  “He approved it. He approved Site C. He said he’s gonna talk to us, he did not,” said Paulette.

The indigenous leader said this raised questions on the effectiveness of the Paris Agreement as a tool for upholding human rights. “The Paris Agreement is very supportive, but on the ground, it’s another story.”

The Trudeau government is keen to show respect for indigenous rights as part of its commitment to implement the Paris Agreement, which it ratified in October.

In her speech at the high-level segment of the UN climate talks, Canada environmental minister Catherine Mckenna introduced Maatalii Okalik, a young leader of the Inuit people, to the world.

“With your continued leadership that will define our future on climate action, I am hopeful that it is done in cooperation with indigenous peoples, in platforms, and with respect to our rights, which ultimately support indigenous self-determination,” Okalik told delegates.

Mckenna would later say that Canada was already doing this: “At home, officials from all levels of Canadian government are working with indigenous peoples, business leaders, youth and environmental organizations, and all citizens to develop a Canadian framework for clean growth and climate change.”

Paulette said this pronouncement should result in Canada putting its foot down against oil pipeline projects and the Site-C dam.

“We have to tell them if Canada is gonna be leading, they can’t extend anymore these hydro dams, projects using the tar sands.”

Hart remains hopeful that Trudeau will make good on his word that he will nix economic activities that harm the environment and the tribal communities. “He indicated that his most important relationship is with us First Nations.”

In the next steps that will be taken by the Canadian government, they should remember two things, said Hart: “When you make a decision you always, have to think of the 7seven generations,” and that “no means no”.