We need to get creative about climate action: so my proposal is to put the implementers in the middle of global talks and the negotiators on the periphery 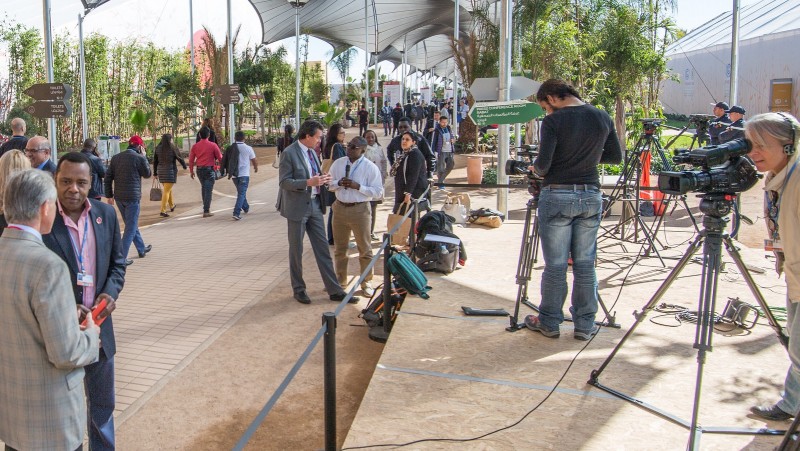 By Saleemul Huq in Marrakech

Having attended and participated in every single one of the 22 UN climate summits so far I feel that the time has come for a radical re-think of the purpose as well as format of this annual climate change jamboree.

I feel that this is particularly relevant here in Marrakech where the historic Paris Agreement having been achieved last year so that we are now talking about implementation and action of the Paris Agreement rather than negotiating a new agreement .

For a number of years now the host country of the COP [UN jargon for a summit] such as Peru at COP20 and France at COP21 have emphasised the importance of bringing in multiple stakeholders and not just government negotiators.

These include businesses supporting action on climate change, city mayors, scientists, local governments , Parliamentarians , NGOs and many others.

These groups who have been holding meetings in side events at the COP or other venues in the same city along with civil Society organising marches on the streets have all become part of the narrative of the annual COP.

Even the provision of the Green zone for these activities next to the Blue zone for Negotiators recognises  this reality.

So my proposal is that from now on we should consider putting the implementers in the middle and the negotiators on the periphery.

Thus after the opening formal plenary is over the plenary halls are allocated to implementers to show case their actions (which could be selected through a process of applications ) while the Negotiators are relegated to the side event rooms.

Also when the ministers arrive for the high level segment instead of letting them give speeches make them sit on the podium and answer questions from the people, perhaps in a Town Hall style format.

Finally, in terms of the story and narrative through the media from each COP being what was (or most times what was not) agreed, it should be what is happening around the world to tackle climate change.

The global size of the climate change problem, which has become reality on the ground around the world, while we have been negotiating for 22 years requires a radical re-think about the purpose and format of the annual gathering of tens of thousands of people  from all countries of the world to focus on actions rather than just negotiating about action.