UN confirms 2016 will be hottest year on record 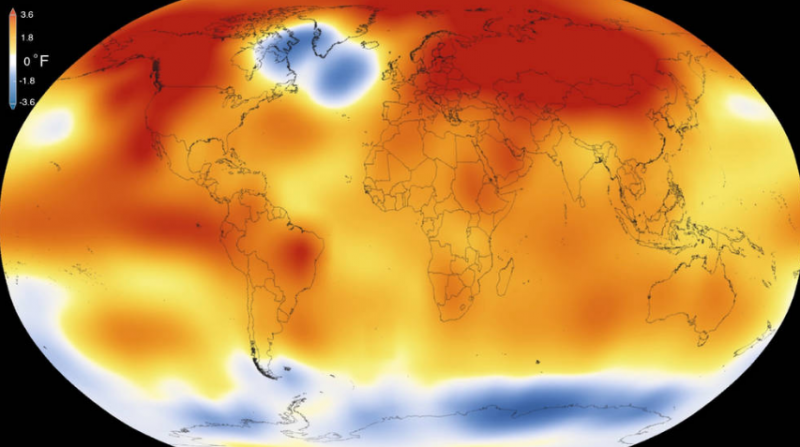 The current annus horribilis was signed off with a flourish by the World Meteorological Organisation (WMO) on Monday, with global average temperatures rising to a likely 1.2C above their pre-industrial level.

It beats the current record, which stood for just 12 months, by 0.2C. It also means the last 16 years have all been in the top 17 hottest years ever recorded – the other was 1998.

The preliminary report was released early, in order to coincide with UN climate talks in Marrakech.

“Another year. Another record,” said WMO secretary-general Petteri Taalas. Global surface temperatures in the last few years have received a bump in recent years because of a large El Niñ0 event, which brought warm water up from the depths of the Pacific ocean and released the energy into the atmosphere. But the effect is estimated to be around 0.1-0.2C.

“The extra heat from the powerful El Niño event has disappeared. The heat from global warming will continue,” said Taalas.

It will be the third consecutive year that the temperature record has fallen. A run, professor Peter Stott of the UK Met Office, said was “remarkable”.

Stott said the end of the El Niño meant it was unlikely the next year would continue the sequence.

“However, 2017 is likely to be warmer than any year prior to the last two decades because of the underlying extent of anthropogenic warming due to the increasing atmospheric concentration of greenhouse gases,” he said.

As in previous years, the far north had warmed to an extreme extent. In some regions of the Russian Arctic, the year-long average was 6-7C above normal.

Other parts of Russia, Alaska and parts of Canada the saw anomalies of 3C or more. In all, 90% of land areas in the northern hemisphere were at least 1C above average.

The extra heat in the ocean has caused the sea level to rise 15mm since November 2014, much faster than the rate of 3-3.5mm per year over recent decades. Although that has levelled out since February this year.

“Because of climate change, the occurrence and impact of extreme events has risen. ‘Once in a generation’ heatwaves and flooding are becoming more regular. Sea level rise has increased exposure to storm surges associated with tropical cyclones,” said Taalas.

The most deadly climate related event was Hurricane Matthew, which devastated the island of Haiti just over a month ago.