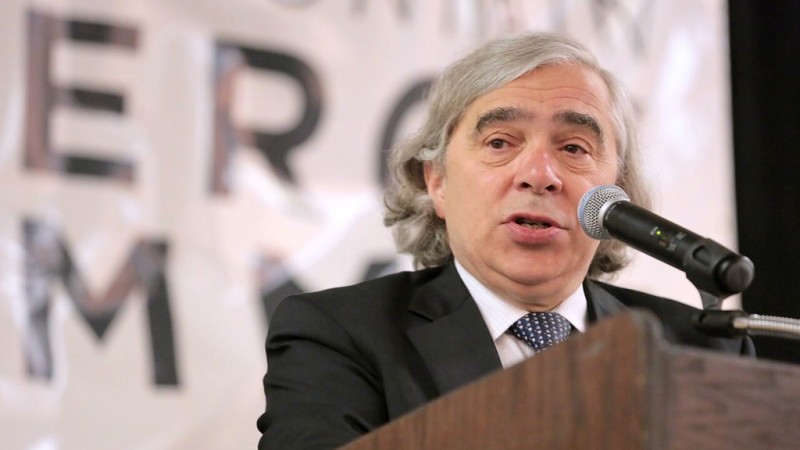 “Sometimes by losing a battle you find a new way to win the war,” someone once said.

The US team at UN climate talks in Marrakech were channeling this wisdom on Monday as they emerged from their post-election bunker with a defiant message for president-elect Donald Trump: the attitude of the US presidency may have defined UN climate negotiations since they began in the 1990s. But that time is over.

“Heads of state can and will change,” said Jonathan Pershing, Barack Obama’s lead climate negotiator, giving his first press conference of the Marrakech talks. “But I am confident that we can and we will sustain a durable international effort to tackle climate change.”

In the coming weeks, Pershing said, Trump’s transition team would be coming over to the state department and meeting the people whose legacy their victorious leader has said he wants to ransack. Pershing was not going to prognosticate on the new administration’s policies once they arrive in January.

But he said he had met with China, EU, Brazil, Mexico, Canada, Costa Rica and Colombia and the message was clear, they were going to get on with the job regardless of what happened in the US. Even the ever-recalcitrant Saudi Arabia appear to be staying on the train.

Publicly, the US team has remained silent since the Trump election win. But Monday they were seemingly everywhere.

Climate Home understands the US team have been an active part of discussions both in plenaries and meetings and also as part of the so-called “high ambition coalition”, a group of like-minded countries, which is planning a big announcement later this week.

Nothing says everything is normal like the US energy sec talking to the Saudis about CCS pic.twitter.com/5fJehqZRCT

EU climate commissioner Miguel Arias Cañete told reporters he met with Pershing on Sunday. On Monday he was on message, tweeting a photo of himself and the China’s lead climate envoy Xie Zhenhua locked in a high-level embrace.

“EU-China climate and clean energy leadership now more important than ever. We agreed to boost our cooperation, announcements soon,” he said. The baton is being passed.

Meanwhile, Obama’s secretary of energy Ernest Moniz landed in Marrakech and was trawling the Bab Ighli pavilions from panel to panel.

Outside of the secretary’s formal remarks, many of the asides had a valedictory feel. Economist Jeffrey Sachs, often a friendly adversary, lauded Moniz for his “heroic” role in preparing the ground for the Paris agreement.

“I’ve known Jeff now for at least a couple of decades and he’s never been so nice before,” said Moniz. Australian energy and environment minister Josh Frydenberg took time out of a speech to also congratulate Moniz on his service.

It is the end of the road for many in the US team. Trump’s unexpected victory means many will move on from work that has consumed and rewarded them. A Chinese journalist asked Pershing how long he’d keep his job. The politically-appointed negotiator was able to laugh it off, but others face continuing work at a very different state department.

“There’s a lot more hug a US negotiator going around,” said Jake Schmidt, international programme director of the Natural Resources Defense Council. “Everyone has a huge sense of gratitude for what these guys have done.”

Early in the day, Moniz joined ministers from the world’s biggest per capita polluters cheerleading carbon, capture and storage technology. Accompanied by sage nodding from his ministerial colleagues, Moniz argued that the US federal government could not stop the momentum of their own country, let alone the world.

“As you well know, in the United States an enormous role is played by the states and regions in terms of implementing clean energy and climate polices and there’s no suggestion that I know of that there is going to be a profound change in those state, regional and, I might add, city initiatives,” he said.

Besides, he said, “the investment cycles of business are not annual they are decadal in the energy business. That means the kinds of investments that are going to put big capital on the line are going to be taken in the next few years for 2030”. As the billionaire-in-chief knows, political power is fleeting, but capital is (relatively) eternal.

For Moniz, it was on to meetings on innovation and clean energy. At 3pm the US press team sent out an email with a laundry list of their achievements and a series of new projects (mostly funded by old money).

Tomorrow secretary of state John Kerry lands in Marrakesh to bring extra political and emotional weight to a process he has championed. Obama’s chief climate advisor Brian Deese will also land at the talks.

All of it intended to project an image of continuity. Meanwhile, news filtered through that Trump had been on the phone with Chinese president Xi Jinping – a reminder of where the power has run toward.

Asked what message he wished to convey to counterparts nervous about the Trump ascendancy, Moniz was quick to evoke Canute as a warning against the hubris of kings.

“You can’t keep waves off the beach,” he said. “We are heading to a low carbon future.”

It’s an unfortunate metaphor, unlikely to delight low lying islands. But there is one thing that can stop the sea, and that’s a wall.

Sometimes by losing a battle you find a new way to win the war. Don't ever get down on yourself, just keep fighting – in the end, you WIN!