As negotiations enter the second week, countries from the continent feel neglected despite this year’s big promises 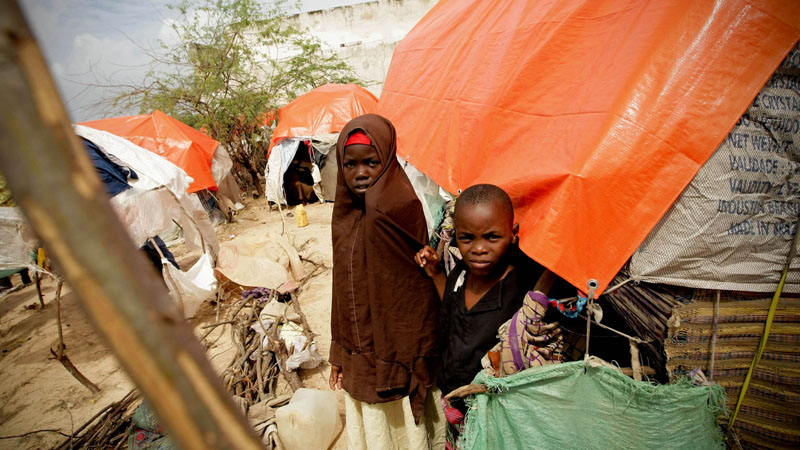 African countries are set to leave this year’s UN climate talks empty handed, according to observers from the continent.

Adaptation finance is not keeping pace with the needs of countries increasingly exposed to droughts, floods and sea level rise. Work to address loss and damage faced by the world’s poorest still lags behind.

“I think that this COP was branded ‘the African summit’ just to make Africans feel good, but nothing is being done to salvage the interests of the continent,” said Nnimmo Bassey, former chair of Friends of The Earth International.

“I personally don’t think Africa will have anything to celebrate after this meeting. There might be an agenda for discussion in the future, but the real action will not happen this year.”

As delegates review the progress made in adaptation finance last week, it becomes apparent that the chasm between the needs of vulnerable nations and what developed countries are prepared to give is increasing instead of reducing as it was hoped last week.

While the G77 group, which represents developing countries, asks the parties to quadruple adaptation finance, developed countries are sticking to a 50-50 balance between adaptation and mitigation in their recently published roadmap, which sets out the practical steps to deliver US$100 billion of climate aid per year by 2020.

But according to the latest UNEP Adaptation Gap report, the cost of adapting to climate change in developing countries could rise to between US$280 and $500 billion per year by 2050.

“The $100 billion roadmap is a step forward, we have been asking for it for a long time,” said Armelle Le Comte, advocacy officer at Oxfam. The plan projects that public climate finance will reach US$67 billion by 2020. When private finance is included, developed countries estimate they will mobilize between $77 billion and $133 billion total by 2020. “But what the roadmap projects is nowhere near enough what is needed in terms of adaptation. The G77’s request is more in line with reality,” said Le Comte.

To bridge the gap, “we need political will from the head of states who will come in this week, and governments need to take the lead on adaptation. Private finance has a role to play but at the moment 90% of it goes to mitigation,” she said.

Speaking on behalf of the least developed country (LDC) group, the chair Tosi Mpanu-Mpanu said that a lack of ambition and slow progress on climate adaptation and finance is having an impact on vulnerable nations. “Climate finance is a matter of survival and we still do not have a clear roadmap for the $100 billion. Unfortunately we see many developed countries still blocking progress.” he said.

On loss and damage, a big sore point in the conversation between rich and poor nations, African countries are unsatisfied: “A review was planned, but we haven’t even started to conduct it,” Mpanu-Mpanu said.

The detail oriented, all-or-nothing approach taken by negotiators means that on these matters “nothing will be agreed until everything is agreed. But countries have different strengths and weaknesses, and this means that some issues are held hostage,” he said.

African countries also worry about the future of the Green Climate Fund (GCF), the flagship UN initiative to deliver aid, in the face of the new US presidency. The GCF receives 20% of its funding from the US, and so far of the US$3 billion it pledged it has only delivered $500 million. Should the incoming Donald Trump administration scrap climate aid altogether, Africa would be one of the first casualties.

Mpanu-Mpanu refused to rush to conclusions: “I can only go for an optimistic approach. When the president takes office, he will be surrounded by capable officers.” But should Trump decide to abandon the Paris agreement, he said: “I don’t think that a single party would be able to stop the unparalleled momentum, no other agreement has seen such a degree of ownership. Guess what, we’ll do it anyway.”