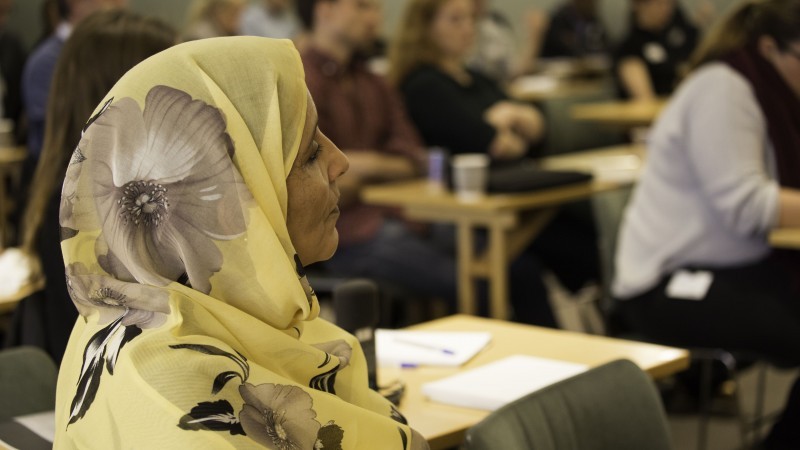 The vice-president of the Pan-African Parliament, who is from the Moroccan-occupied territory of Western Sahara, was detained and deported from Marrakech as she tried to attend the UN climate talks.

Suelma Beirouk was held for 75 hours without food or water, she told Climate Home after arriving in Algeria on Tuesday afternoon. On Sunday, she had arrived at Marrakesh airport and was approached by three policeman.

“They asked me if I could go with them. I said yes. First of all they said ‘you are not accredited’. I showed my accreditation number, and they took it from me. They also took my passport,” she said.

Despite her protestations that she was a legitimate representative of the African people, Beirouk was held until Tuesday morning. She said she was diabetic, but was not offered any food or water. She ate only some apples she had in her bag.

“They did all different kinds of psychological torture. They were telling me ‘you will get in, we only need to contact the UN’. And I was telling them that I already had an accreditation… They turned off the lights and they were looking for things to scare me,” she said.

Sources close to the UN talks confirmed Beirouk was accredited to attend the conference, known as a COP in UN jargon.

“They prevented me to enter the COP, they did not allow me. I was registered, and they did not let me in because I am Sahrawi [the name of the Western Saharan people],” she said.

Western Sahara is a deeply controversial subject in Morocco. The kingdom’s 40-year occupation has never been recognised by the international community. The UN lists the former Spanish colony as a non-self-governing territory. A UN process to grant the local Sahrawi people a referendum on their independence was established in 1991, but is yet to bring about a vote. 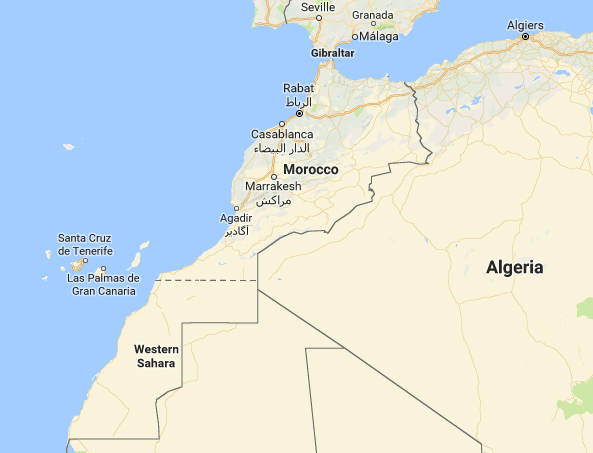 The Pan-African Parliament is the legislative arm of the African Union (AU). Morocco is the only country on the continent that remains outside the union. It withdrew because of the AU’s recognition of the Western Saharan people’s claim for self-determination.

“Morocco sees me as a threat… They were telling me ‘you are not Sahrawi, you are Moroccan’. And I said ‘no’, if something I have clear, is that I am Sahrawi,” said the vice-president. “My objective at COP22 was to speak in the name of the Africans about climate change, to work, to understand the good and bad parts of it. To end climate change, bringing the message of the peoples of Africa.”

Beirouk, who uses her non-Sahrawi name Suilma Hay Emhamed Saleh in her role at the parliament, represented the continent of Africa at the previous UN climate conference in Paris. She questioned the UN climate body for allowing Morocco to hold the conference.

“I ask the people that organise the COP to look for places that are not in dictatorships, in kingdoms that only do torture and terrorism… There is more police than people in Morocco, everything is terrorism, torture. How is it possible that they organise a very important event like this in Morocco?” she said.

Nick Nuttall, spokesman for the UNFCCC, said: “We are aware of the situation and are seeking clarification from the Moroccan authorities.”

A spokeswoman for the Moroccan COP22 presidency told Climate Home that she had no information about the incident. The Moroccan ministry of the interior did not respond to a request for comment.

Erik Hagen, a spokesman for Norwegian NGO Støttekomiteen for Vest-Sahara, said the treatment of Beirouk was “symptomatic of the Moroccan approach to the Sahrawi people”.

“Morocco consistently refuses to listen to their opinions. Sahrawis have been incarcerated, disappeared and expelled for it, and the Moroccan government deny all collaboration with the UN for the organisation of the referendum,” he said.

On Monday night, Elkaid’s daughter Dahba, told Climate Home she had not known where her mother was for a full day. “She wasn’t allowed to stay in Marrakech. Yesterday she arrived there from Casablanca and had to stay there the whole night until they told her this morning she had to leave,” she said.

“She went back from Casablanca and from there was supposed to leave the country, either to Spain, Algeria or Oman. She ran out of battery, so I’m not sure where she is heading to at the moment. I’m not sure why she wasn’t allowed in. When we spoke, I decided not to ask her directly about that.”