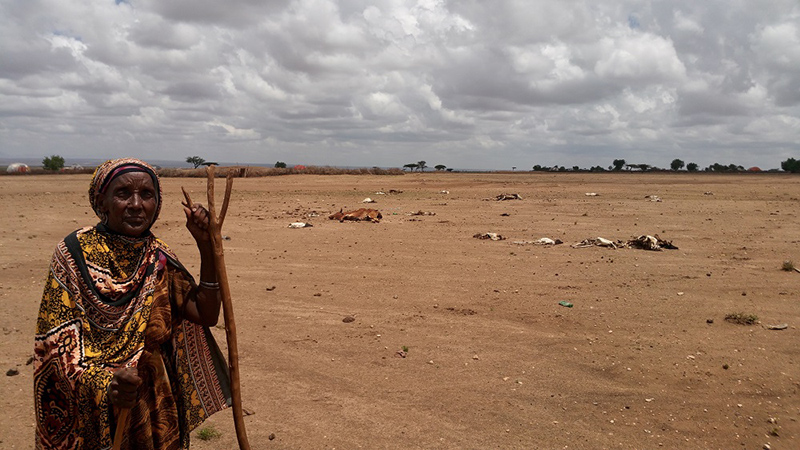 Climate finance is not flowing fast enough for African countries to deliver on their national contributions to the Paris climate deal, delegates warned on the sidelines of COP22 in Marrakech on Tuesday.

The Democratic Republic of Congo is one example. It has vast rainforests and asked for US$20 billion through the UN-backed REDD+ programme to help protect them.

So far it has received just $200,000, said negotiator and co-author of the plan Trinto Mugangu – and with GDP of just $400 a head, can’t meet the need from its own budget.

“Delivering on the [climate plans] is becoming unrealistic because the money is not there,” he said. “I think three quarters of Africa will not deliver.”

All of the climate plans submitted by African countries in Paris, to protect people from the impacts of global warming and green their development, are partially or entirely conditional on international aid.

Mugangu’s concerns were echoed by other African delegates on Tuesday at a side event of the annual UN climate conference in Marrakech on knowledge-sharing.

The Africa Low Emission Development Strategies Partnership (LEDS), introduced to an audience of African policy makers, is one of many initiatives to help countries get ready to embrace a low carbon economy and build their own capacity, eventually boosting south-south cooperation.

But there is a long way to go to meet the level of ambition shown in Paris.

Africa navigates the perilous waters of climate readiness. Initiatives are there, but is that enough? #COP22 pic.twitter.com/049hWEzEpb

“We aim at the sun to get to the moon [with climate progress],” said Esther Wagombe, deputy director at the Ministry of Energy and Petroleum of Kenya. “We are ambitious, but also pragmatic about the basic needs of our people. Whether we use clean sources or fossil fuels, people need to use energy to cook and move around. And we also want to develop as a country.”

At the meeting, Wagombe presented Kenya’s plan to add 5,000MW of energy to the national grid by 2030. The plan involves the use of renewables but also of a significant amount of fossil fuels.

As revealed by Climate Home, a coal plant being built in the coastal region of Lamu will contribute more than 20% the energy target, but clash with the country’s climate goals.

“We should not forget that the [climate plans] are short term, aspirational goals” said Janet Strachan, director of the LEDS program with the Overseas Development Institute.

“The transformation that Africa is undertaking is completely mind boggling. Think of the infrastructure that will be put in place to cater for the needs of an incredibly changing population. Water, sanitation, clean energy, these are the key sector that must be part of a long term strategy, a progressive dialogue that will underpin the low carbon path.”

John Yeboah, project manager at the Center for Renewable Energy and Energy Efficiency (ECREEE) of Cabo Verde said that rich countries had time to build their energy structure before shifting to sustainable sources.

“But developing countries have to build their energy system now, from scratch. Can we really afford to go green from the outset? We need to develop a stable energy system and build better [infrastructural] capacity, or the implementation of the NDCs will remain a mirage,” he said.