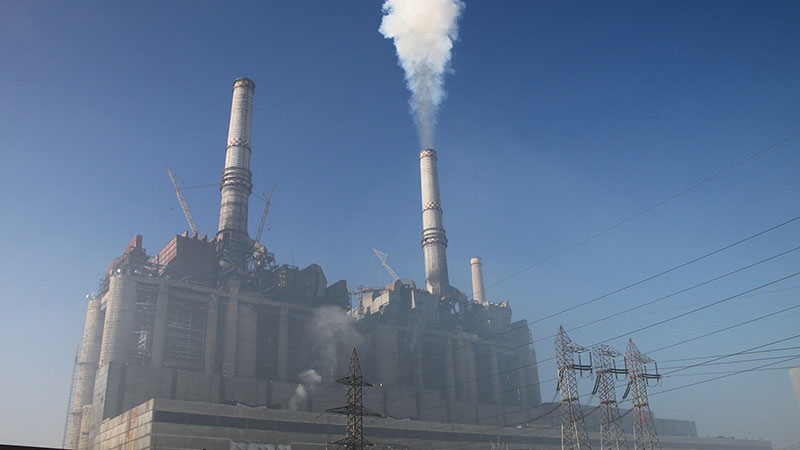 Carbon capture technology researched with grants from the UK and US governments is finding a more promising market overseas – in India.

Carbon Clean Solutions got £4.2 million from Britain (worth US$6.5m at the time) and $3m from the US to develop a solvent that grabs carbon dioxide from power plant or industrial flue gases.

It is being used to neutralise the emissions from a 10MW coal-fired power station near Chennai launched last month – without any further subsidy.

“The project in India is absolutely freestanding, commercially, with no government funding,” said Richard Hewitt-Jones, the company’s chief financial officer.

He is expecting to sign another deal in India in the next few weeks, he told Climate Home at a press briefing in London.

The company, founded by two Indian entrepreneurs, claims it can capture a tonne of CO2 for $30 a tonne – far cheaper than the $60-90/t demonstrated elsewhere.

At the Chennai plant, the costs are covered by using the CO2 to make soda ash, a product used in glass, cleaning products and fertiliser.

Hewitt-Jones said it would cost a bit more – $40/t – to apply the same technology in developed countries.

“To make similar things happen in Europe, there will absolutely need to be some policy support,” he said.

Capturing carbon dioxide to either re-use or store underground plays a key role in most scenarios for holding global warming below 2C.

The last round of reports from the Intergovernmental Panel on Climate Change, drawing on multiple studies, found it would cost 138% more to meet that international goal without the technology.

More recently, the International Energy Agency (IEA) estimated carbon capture and storage (CCS) would contribute 12% of the emissions cuts needed by 2050 in line with 2C.

In the UK, for example, a £1 billion pot to support commercial-scale demonstrations was cancelled, re-launched and cancelled again.

The 22 major projects running worldwide capture around 40 million tonnes of CO2 a year. The IEA reckons that needs to reach 4,000Mt by 2040.

“Financial support mechanisms are now urgently needed if we are to scale up consistent with climate targets that have been agreed,” said the agency’s Samantha McCulloch.

It is not a popular cause among green groups, many of which are sceptical of a concept that gives cover to continued coal use. Today’s briefing was organised by the World Coal Association, which represents major mining interests.

The largest source of greenhouse gases worldwide and supplier of 30% of energy, coal is often the first target for climate policymakers. Many developed countries are phasing out coal power and China has started to rein in a surplus of coal plants.

“The writing is on the wall for coal, unless it gets its act together,” said Stuart Haszeldine, geoscience professor at the University of Edinburgh. “If coal wants to safeguard its market share, it needs to take more serious action.”

But CCS is not just about coal. Even if power generation can go zero carbon in other ways, industrial emissions will be harder to treat. CO2 is emitted in the process of making steel and cement, regardless of the energy source.

Andrew Purvis at the Global CCS Institute called for “policy parity” with renewables. “The crisis is such that we need all the tools in the toolbox,” he said.