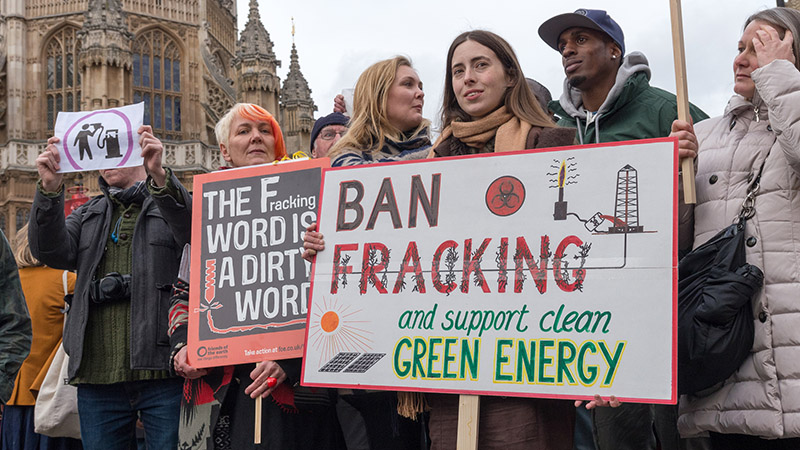 The UK government has tracked attitudes on climate change and energy since 2012, releasing new data every few months.

This month it released findings from its 19th survey, based on face-to-face home interviews with around 2,000 citizens.

For a government that is committed to exploiting the country’s shale gas resources through “fracking” it’s not good news – support is plummeting.

An accompanying explanatory note suggests this may be because many people have a “lack of detailed knowledge” of what fracking entails.

Attitudes towards wind, solar and other forms of renewable energy paints an equally intriguing picture.

For the full data set check the government’s website. Excerpts on renewables and shale gas are below.

Support for renewable energy has been consistently high since the survey began in 2012, at around 75-80%. This pattern has continued at wave 19, with 79% expressing support for the use of renewables. Opposition to renewables was very low at 4%, with only 1% strongly opposed.

Support for specific renewable energy types has also remained consistently high over the course of the tracker, and remained stable at wave 19. Solar had the highest support (82%), followed by off-shore wind and wave and tidal (both 75%).

Eight in ten (79%) were aware of fracking at wave 19, the highest level since the tracker began. Despite many people being aware of fracking, only a small proportion claimed to have detailed knowledge. At wave 19, 14% claimed to know a lot about fracking, whilst 45% said they knew a little, and 20% were aware of it but did not really know what it was. Awareness of fracking was higher for those in social grade AB (91%), home owners (88%), aged over 45 (89%) and with incomes over £50,000 (93%).

When asked whether they support or oppose extracting shale gas, half of respondents selected either the neutral option (48%) or said they did not know (2%). This is likely to partly reflect a lack of detailed knowledge about fracking. Of those who did offer an opinion, more people were opposed (33%) to fracking than supported it (17%). This is the lowest level of support for fracking since the tracker began. However, among those opposed to shale gas, the proportion who strongly opposed has fallen (11%).