Area of the Bolivian Andes covered by ice has shrunk 43% in a generation, study finds, with alarming implications 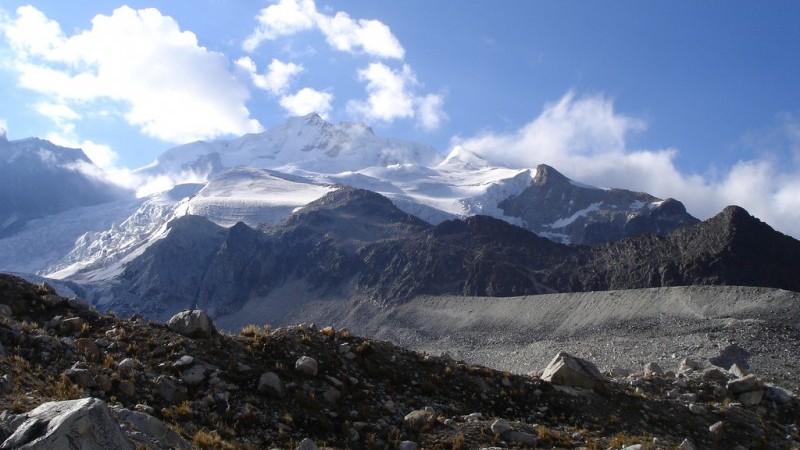 This presents a problem in the long term for more than 2 million people who rely on glacial meltwater supply in the dry season, and immediate danger in the short term for thousands who might live below precarious glacial lakes.

Glaciers are in retreat as the world warms − a consequence of rising levels of carbon dioxide in the atmosphere in response to the increasing combustion of fossil fuels.

But a study in The Cryosphere, the journal of the European Geosciences Union, is one of the first to examine in detail precisely what this retreat could mean for the human communities in Bolivia, home to one-fifth of the world’s tropical glaciers.

Researchers from two British universities and a Bolivian colleague examined NASA satellite images of the region and found that the area of the Bolivia Cordillera Oriental normally covered by glaciers fell from 530 square kilometres in 1986 to about 300 sq km in 2014 − a shrinkage of more than two-fifths.

They then turned to the glacial lakes − bodies of water left behind as a glacier retreats. Some are in natural dips in the bedrock; some are accidentally dammed behind walls of glacial debris.

All such lakes are precarious: rockfalls, earthquakes and avalanches can breach them or tip water from them to create a dangerous downstream flow.

“Some lakes are very small and pose little risk. Others are very large, but there’s little or no possibility that they would drain catastrophically. Others are large enough to create a big flood, and sit beneath steep slopes or steep glaciers, and could be dangerous.”

Studies such as these are a demonstration that climate change is happening, and that science can deliver practical help to communities in the path of potential disaster or economic stress.

“Most glaciers will be gone or much diminished  by the end of the century – so where will the water come from in the dry season?”

Civil engineers, geographers, conservationists and hydraulic engineers are no longer simply warning about the hazards of climate change. They have begun toidentify the communities most vulnerable to flooding, the hazards to local biodiversity as forests and grasslands begin to feel the heat, and the cities most at risk from routine coastal flooding as sea levels rise. and the US states that must start planning now for future power disruption as a consequence of drought.

Meltwater matters to mountain communities. It supplies the drive for hydroelectric power and it delivers clean drinking water to the cities and irrigation for crops in the dry season.

Through the year, the 2.3 million people in the Bolivian cities of La Paz and El Alto get 15% of their water from glacial supplies; in the dry season, this figure doubles. Glacial meltwater also keeps regional rivers and lakes topped up. So as the glaciers retreat and the body of surviving ice dwindles, some of these reservoirs, too, are at risk.

The researchers pinpointed 25 lakes as potentially dangerous. Even the smallest, were it to drain completely, would tip a peak flow of 600 cubic metres of water a second down the hillside. The largest could discharge 125,000 cubic metres − 50 times the volume of an Olympic swimming pool − every second.

A glacial lake outburst in 2009 killed farm animals, destroyed crops and washed away a road, leaving villagers isolated for months.

Dr Cook says: “We considered that a lake was dangerous if there were settlements or infrastructure down-valley from the lake, and if the slopes and glaciers around the lake were very steep, meaning that they could shed ice or snow or rock into the lake, which would cause it to overtop and generate a flood – a bit like jumping into a swimming pool, but on a much bigger scale.

“Most glaciers will be gone or much diminished by the end of the century – so where will the water come from in the dry season?

“Big cities like La Paz are partially dependent on meltwater from glaciers. But little is known about potential water resource stress in more remote areas. Much more work needs to be done on this issue.”