Negotiators are optimistic about agreeing an ambitious climate deal for the refrigeration industry, after New Delhi’s surprise policy pledge 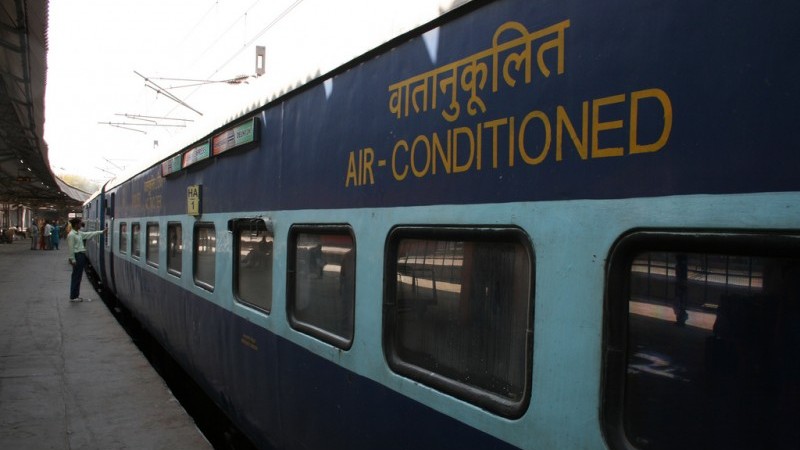 Demand for air conditioning is booming across India (Pic: Flickr/salomonrbc)

India has announced plans to destroy the potent greenhouse gas HFC23, in a surprise bid to show climate leadership at talks in Kigali.

Collecting and incinerating the chemical, a byproduct of another gas, could avoid up to 400 million tonnes of CO2 equivalent a year, officials claim.

Developed countries welcomed the move, ahead of the last day of negotiations on a global pact to tackle the growing climate impact of chemicals used in fridges and air conditioners.

Divisions remain over the speed of a wider phase-down of HFCs. A large coalition wants to see use of the gases peak as early as 2020, while India is calling for more time to switch its industry over to cleaner alternatives.

“Indian industry has shifted to HFCs as late as 2007,” lead negotiator Manoj Kumar Singh told Climate Home. “Any industrial investment of that sort or scale has a lifespan of 20 to 25 years, so industries need to be able to work with it  until at least 2027- 2030. That said, if we do find some alternatives that are more climate efficient we are going to move in that direction any time.”

Representatives of developing nations including the Africa group and small island developing states are pushing for a more ambitious timeline at the Montreal Protocol meet. But Singh said countries were developing at different speeds and the phase-down should reflect that.

“When India first proposed its amendment pathway, we agreed that the act of moving forward was a good enough signal for the markets, and to boost research,” said Singh. “Now we are saying that besides giving a signal it has to be a unified signal, it has to be a signal with steeper reduction and so on. We don’t buy this logic.”

Despite the underlying tensions, top officials from the US and EU expressed optimism about reaching a deal.

Gina McCarthy, administrator of the US Environmental Protection Agency, told Climate Home talks were on track to reach an ambitious agreement by the end of Friday.

“I am not worried about a potential split,” she said. “I am actually really encouraged by how countries have come together, and I think we are required to look at unique circumstances in every country. In the end we are working towards our common goal, which is protecting our shared home.”

EU climate commissioner Miguel Arias Canete agreed, saying the bloc was taking early action, “which will send an important signal to the private sector and the financial markets at large”.

The US and several European countries are among the donors to have stumped up US$27 million for a Multilateral Fund to ease the transition for developing countries and improve energy efficiency. Philanthropists including Tom Steyer and Bill Gates contributed another $53m.

“One of the reasons why we are all stepping up so significantly is that if we allow HFCs to continue to escalate we will miss our commitment under the Paris agreement,” said McCarthy.

Canete and McCarthy argued that boosting domestic research in chemistry and engineering would bring down the cost of HFCs alternatives and energy efficiency faster than predicted.