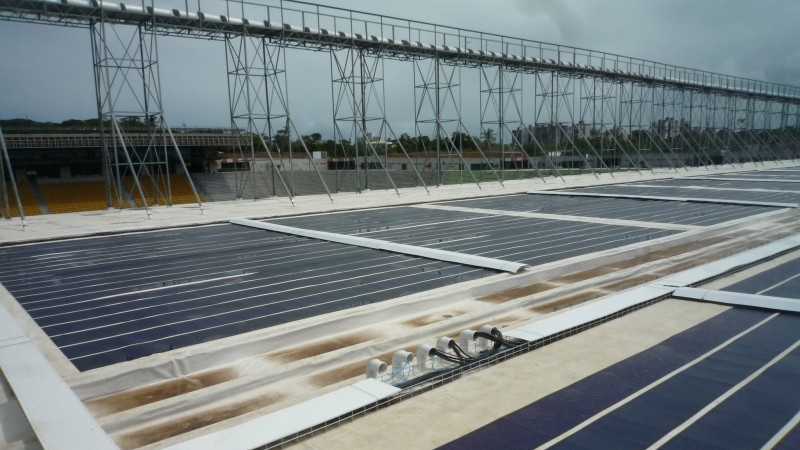 By Camila Faria and Claudio Angelo in Brasilia

Under a new funding policy, it has ruled out investment in new coal and oil-fired power stations.

Big hydropower plants are eligible for less support than previously, down from 70% to 50% of the project value. The bank has been widely criticized for using Treasury resources during Dilma Roussef’s administration to fund unsustainable mega-projects such as US$10 billion Belo Monte dam, in the Amazon.

Meanwhile, solar projects can get up to 80% of their investment needs at subsidized rates, raised from 70%. Energy efficiency and other renewable sources such as wind power, biomass and small hydro have kept their respective 80% and 70% rates.

The bank operates in the electricity sector by lending money under a special interest rate, lower than the market’s, for projects that are partly or fully made in Brazil. The aim is to stimulate national enterprise. However, the extent of such operations in recent years years was such that they are believed to have contributed to Brazil’s current fiscal crisis.

During a press conference on Monday, BNDES’ head of Infrastructure and Sustainability, Marilene Ramos (who also happens to be a former president of Ibama, Brazil’s federal environmental agency), stated that the new policy was being adopted due to to two main factors: the bank’s limited resources, which forces the institution to pick more carefully where to put its money, and the government’s will to act according to the Paris Agreement’s commitment to low emissions.

In practice, the decision on fossil-fueled power plants is more of a political signal than true divestment. Between 2013 and 2015, BNDES has approved loans equivalent to US$450 million for coal and oil projects, which will still go ahead.

Comment: Can the right be good for the climate in Latin America?

In its last Decennial Energy Plan, which outlines Brazil’s energy mix until 2024, the government predicted a reduction to the installed capacity in oil-fueled stations, which are the most expensive to operate due to the cost of fuel. Today, they amount to 3,586 megawatts, and are expected to drop to 3,201 megawatts by 2024.

Coal, on the other hand, has a projected expansion from 3,064 megawatts today to 3,404 megawatts by 2024. The policy may affect projects such as the Ouro Negro power station in Rio Grande do Sul (600 megawatts), which cleared the first phase of environmental licensing this year but has not auctioned its energy yet.

Barbara Rubim, campaign coordinator of climate and energy from Greenpeace Brazil, welcomed the BNDES decision as a key first step towards meeting Brazil’s Paris goals in the energy sector.

“In general, this is great news; a strong signal to improving financing for solar power and discouraging investment in fossil fuels,” she said. “We truly hope that this is well received by other sections of the government, especially in planning. It is also a signal to the private sector.”

“We see that these great facilities are much more difficult to finance: there’s too much insecurity about financial returns, deadlines, an energy market that is not so attractive and a concern with the hydrology, since climate change is expected to mess with river flows over the coming decades,” he argued. The biggest hydropower project in the country, São Luis do Tapajós, has had its license denied twice by Ibama.

Milikan added: “I hope this is the beginning of a change. But maybe one consequence of the new BNDES policy will be a hunt for more Chinese loans.”