Kibera is a maze of dangerous wiring, as people without clean or safe energy resort to illegal grid connections 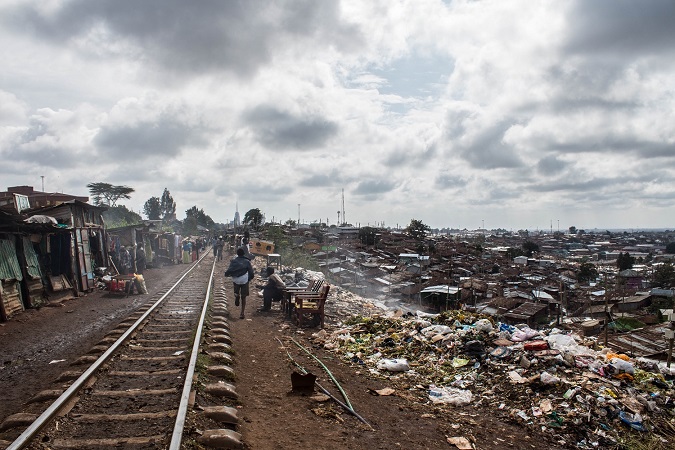 At the fringe of Nairobi, five kilometers from the Kenyan capital’s centre, sits the biggest urban slum in Africa.

Kibera’s relatively small area hosts somewhere between 200,000 and half a million people, crammed together in a jigsaw of mud houses with curled tin roofs, navigated by a maze of narrow passages.

The place is riddled with hazards, from its regular cholera outbreaks to a chronic lack of water supply and healthcare facilities. But that’s not the impression given out when you talk to the residents here.

Asked about its shortcomings, many just smile and say they love Kibera, where their families have lived for generations and the community runs a variety of small businesses as well as social and art projects.

People in Kibera aren’t resigned to poverty, they want the place to thrive without giving up its identity. 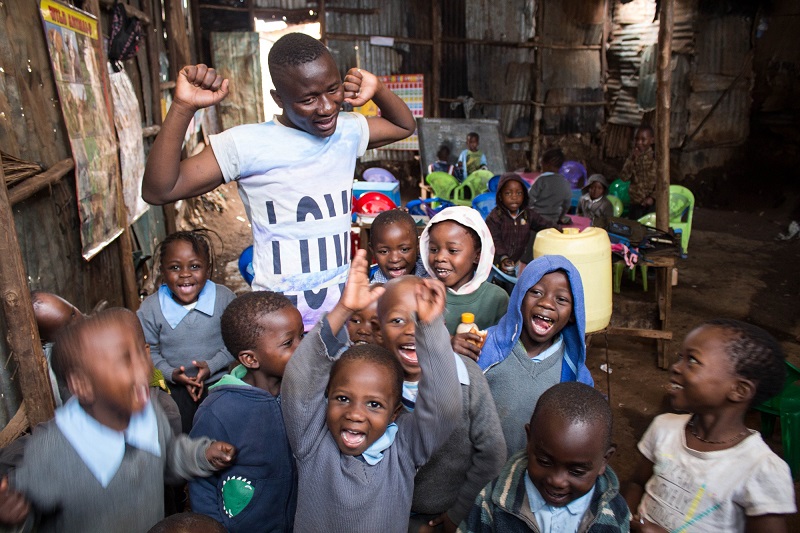 You only get a shrug of resignation when touching on the topic of energy.

Electricity is lacking, and locals feel there’s nothing they can do about it. To get that little bit of power that keeps their households going, they tap into the public grid illegally. It is a dangerous operation, with electrical faults a common cause of house fires that spread rapidly in the crowded conditions.

“When the latest explosion destroyed almost 40 houses, the government promised us 100 iron sheets, but they never arrived,” says Shadrach Otieno, a musician living in a single room in a network of mud houses at the heart of the slum. 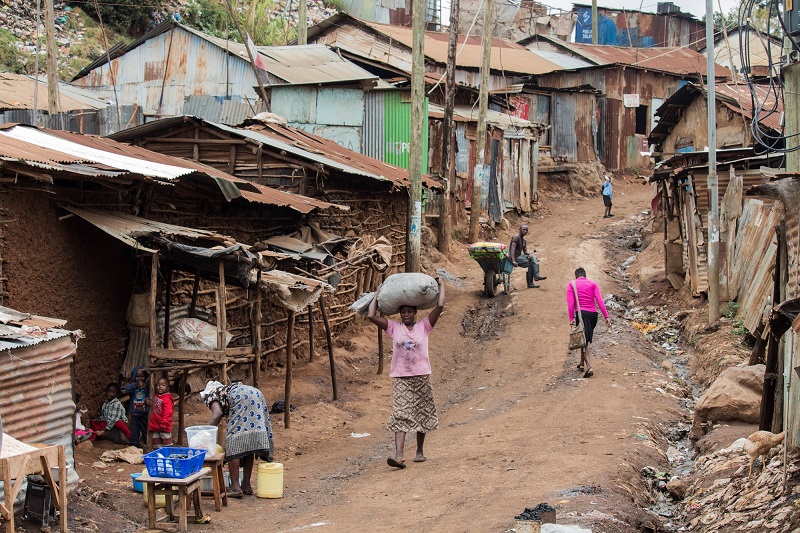 While the government is ambitious in its plans to power rural areas, and off-grid energy is a growing market for private businesses, authorities seem consistently at a loss as to how to provide the city’s poor with basic energy.

Seen from a height, Kibera’s landscape is dotted with poles carrying white meters, a relic of the the latest unsuccessful attempt to solve energy poverty in the slum. 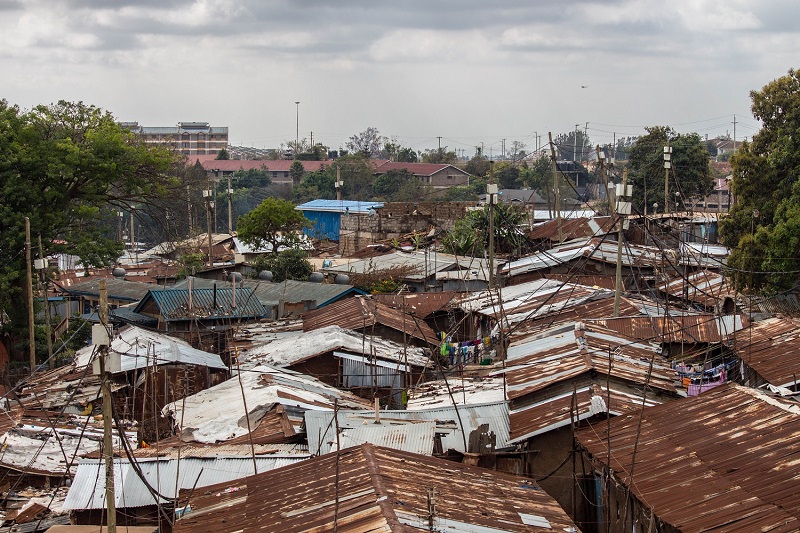 The prepaid meters have been installed by Kenya Power and Lighting Company, which distributes electricity around the country, as part of the Global Partnership on Output Based Aid programme.

With financial support from the World Bank, they are designed to offer a cheap and reliable alternative to the dangers of DIY engineering.

While regular customers pay US$150 for a new connection, the same service in Kibera costs 1,160 Kenyan Shillings (KES), or $12. The World Bank and Kenya Power cover the difference.

The catch is that there simply are not enough meters to meet demand. When electricity runs out they become empty boxes towering on the roofs, surrounded instead by home-made electric poles carrying stolen power. 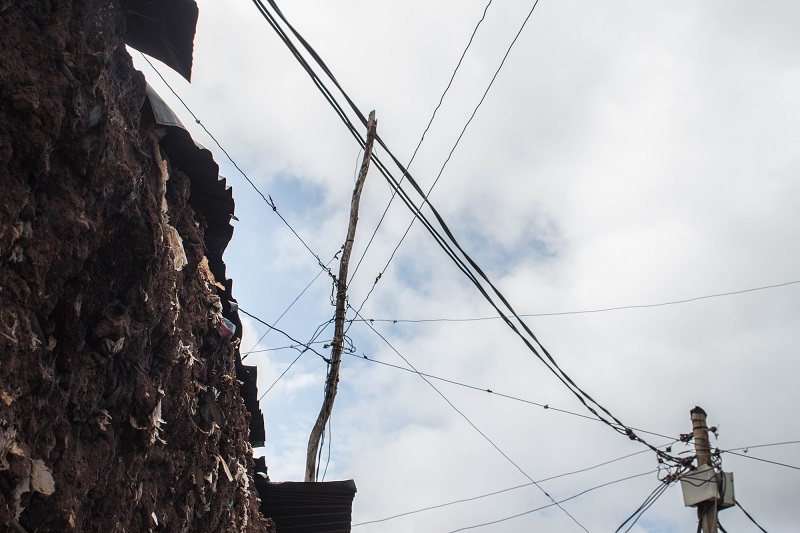 Johnstone Ole Turana, spokesperson for Kenya Power, says: “The biggest challenge we are facing is once the residents finish the power units that were installed with the prepaid meters, they resort to illegal connections.” He says that the company expects to receive more financing from the World Bank to connect more households, but this has yet to materialise.

Otieno walks me around the slum, where I meet Carol Okoth, a beautician who lives with her family in a small, prettily decorated apartment. When they welcome me in, the power has just come back in the neighbourhood, but the two rooms where Okoth lives are still in the dark. A light bulb has short-circuited, leaving a black mark on the plastic-coated ceiling.

“These things happen all the time. We know it’s dangerous but there’s no other way,” she says. Her family has enough electricity to power a TV in the main room, but they don’t have enough to also iron their clothes or cook. 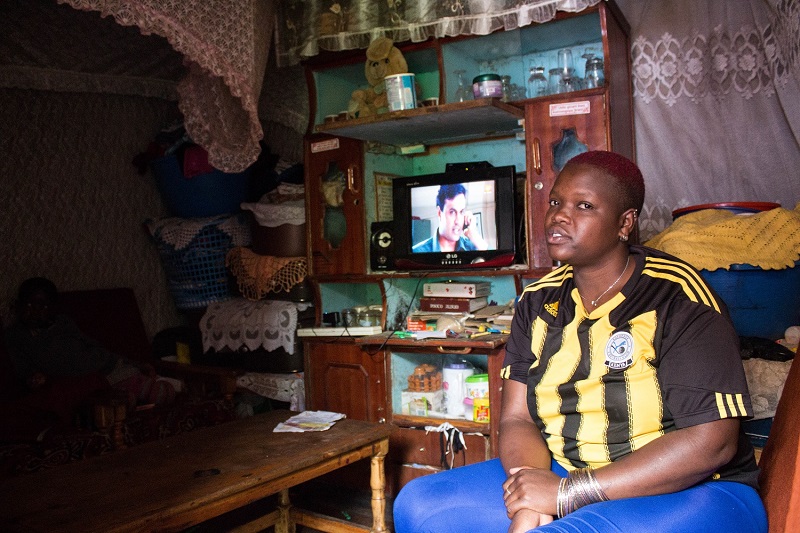 “We just use kerosene, or coal,” she says. Charcoal trade is heavily regulated in Kenya due to the threat it poses to forests but in many places, including Kibera, it remains a key source of energy. In Kibera, you can find it on the streets much more often than in other parts of Nairobi. Charcoal makes for good business, as residents are undaunted by the threats it poses to their health or their often flammable furniture.

Outside, by the door, a tangled ball of thin, colourful cables connects several apartments in the block, while a bigger rubber cable hangs from a roof, its tip naked. Otieno picks it up: “You see? This is connected to the meters. It’s useless.” 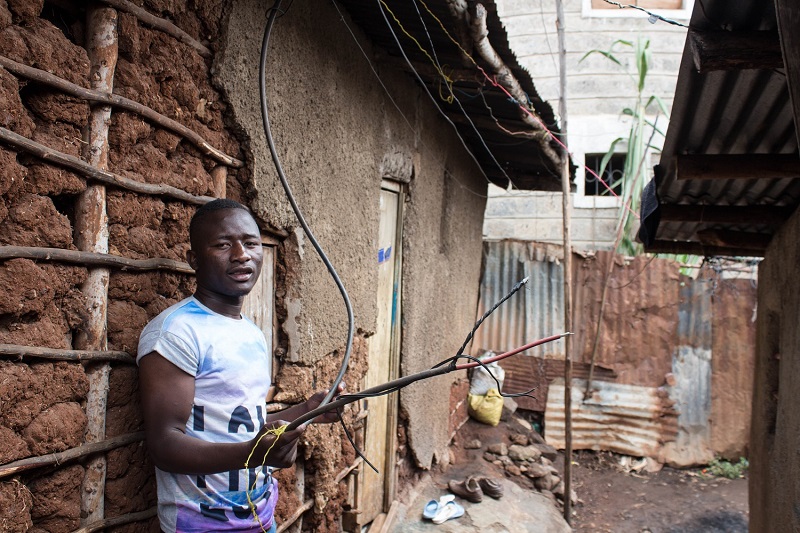 David Njenga tells me a similar story. The soft spoken young man is a kinyozi, Swahili for hairdresser, and because of the power cuts he has just lost a day of work at the most profitable time of the year – “when kids go back to school and they want to look nice”.

An erratic electric supply is also bad for Njenga’s healt. “I have chest problems and when the power goes down, sometimes for hours, my house gets really cold and I can’t sleep.” 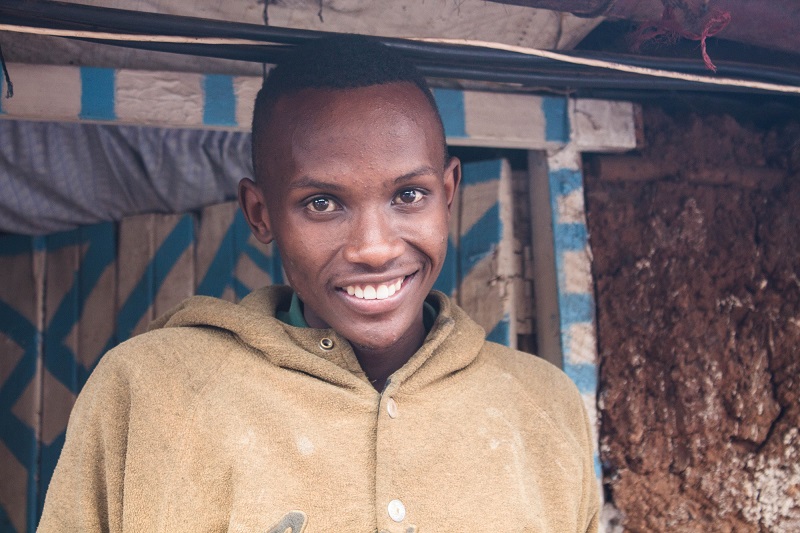 Making my way through the slum’s pathways I wonder why clean energy solutions seem to be unexplored here, while in rural areas the race for electrification is so often fueled by solar panels. I ask the energy ministry, but get no comment.

Some of the hurdles are clear. Most residents don’t own the houses they live in and have no incentive to invest in solar panels for their roofs, regardless of the price.

Small “plug and play” devices, with a panel that can charge a lamp or a mobile phone, don’t solve the problem and the batteries are generally short lived. Otieno tells me that people simply aren’t willing to pay up front for the device. Prices start at about US$6. 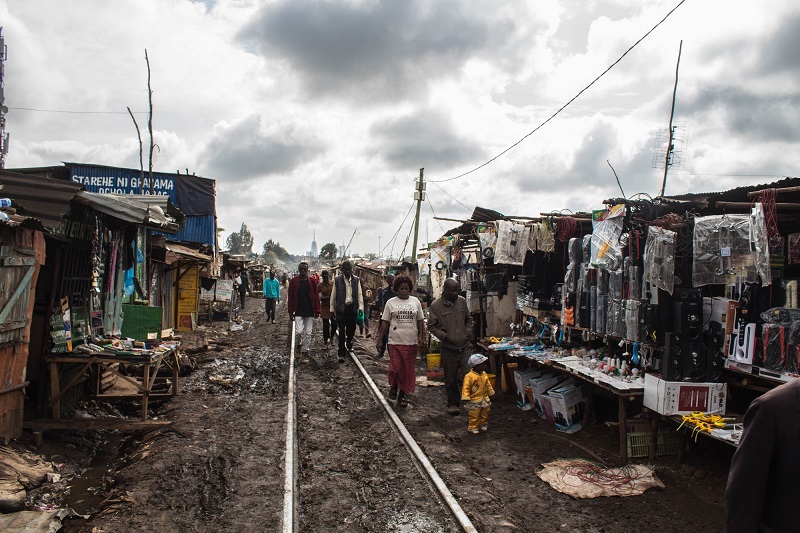 Kibera is developing fast and and where aid falls short the residents take the lead. Almost everyone owns a mobile phone and local teachers run independent primary schools to keep the kids safe, fed and teach them how to count and read.

But chronic energy poverty is often overlooked, trumped by an array of other problems such as poor sanitation or lack of education.

The people of Kibera know that in the modern world there is no life without energy. If they don’t have safe, clean options, they will resort to dangerous, dirty ones.