London’s expertise places it in pole position to channel private finance to China, as superpower seeks to invest around $4 trillion a year in infratsructure 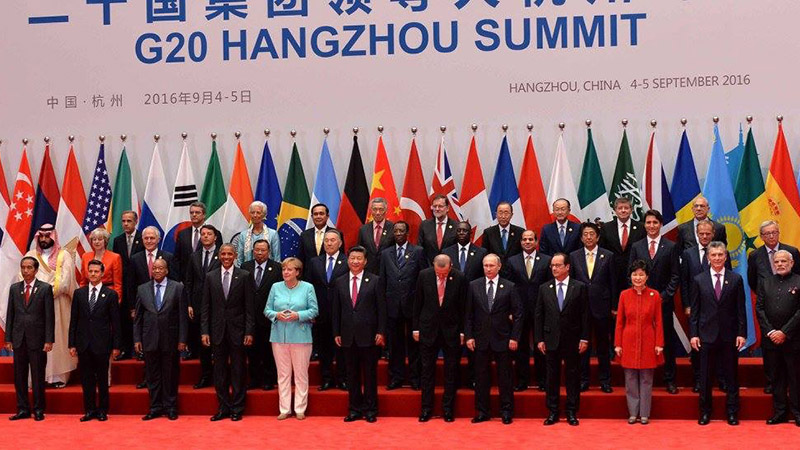 China made green finance a priority for the recent G20 summit in Hangzhou (Pic: G20/Flickr)

The UK is pitching itself as a climate finance leader and a natural partner for China as the country’s central bank plans a US$45.6 billion green bond release through 2016.

London and Beijing are already collaborating on green finance planning, according to a report released by the Climate Bonds Initiative and supported by the UK’s trade department.

Examples include the development of a joint energy and infrastructure funding platform, while China’s central bank and the Bank of England are leading a G20 study into green finance guidelines.

“London is a particularly suitable location for Chinese issuers to issue green bonds on the international markets,” said the report.

Already more than half of offshore Renminbi trades take place in the UK, and in May a RMB 3 billion (£300 million) sovereign bond – the first to be issued outside of China – was released in London.

This was the “first of many” such links between the two countries said Simon Kirby MP, Economic Secretary to the UK Treasury, speaking at the report’s launch at London’s Guildhall.

“This government and the Treasury continue to see green finance as a top priority, and we need to get it absolutely right,” he said.

Analysts at the New Climate Economy say $100 trillion is projected to be spent on global infrastructure projects by 2030, with the bulk expected to come from the private sector. For the world to have a chance of avoiding dangerous levels of warming above 2C, the energy mix must radically shift away from coal, oil and gas this decade.

Despite continued uncertainty over government policy in the wake of the 23 June Brexit vote, Kirby stressed officials were focused on ensuring London’s “green glow grows brighter”.

“What I want to promise is that this government will be backing our financial sector and will go further and faster to step up efforts to halt climate change in its tracks,” he said.

“A lot has changed [since the Brexit vote] but the commitment in the UK to greener capital markets has been enhanced,” said Sir Roger Gifford, country head of SEB UK and chair of London’s Green Finance Initiative.

Nigeria, Canada and India are other potential partners for the UK on green finance, he said.

Brazil – which will launch a green investment plan in December – and Indonesia are other leading economies that have plans to clean up their infrastructure, said Sean Kidney, head of the London-based Climate Bonds Initiative.

“We need activist global leadership between China and the UK,” he added.