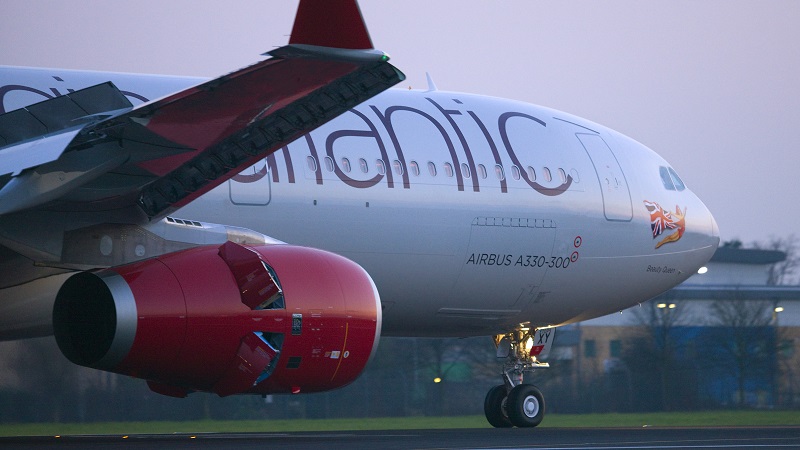 Jet fuel made out of waste gases from steel mills could be used in a test flight next year, according to developers.

After five years of research, Lanzatech has produced 1,500 US gallons of low carbon jet fuel using a fermentation process. The technology could be scaled up to meet 19% of world aviation demand, the firm estimates.

Sir Richard Branson, head of Virgin Atlantic, which is backing the project, hailed the results. “This is a real game changer for aviation and could significantly reduce the industry’s reliance on oil within our lifetime,” he said.

Steel making and other industrial processes produce waste carbon monoxide, which is typically flared into the atmosphere as carbon dioxide.

Lanzatech’s innovation is to recycle that flue gas into ethanol, which can then be converted into aviation fuel. Over its life cycle, they calculate it will cut emissions 65% compared to using standard petroleum-based fuel.

“We can now truly imagine a world where a steel mill can not only produce the steel for the components of the plane but also recycle its gases to produce the fuel that powers the aircraft,” said Lanzatech chief executive Jennifer Holmgren.

Commercial use is still a way off. The fuel has passed initial performance tests, but has more hurdles before it can take to the skies.

It has taken support from a whole range of partners to get this far, from the US Department of Energy to HSBC. The press release does not quantify the cost, nor set out the economics of scaling up production.

“All airlines should pursue the development of genuinely sustainable, low-carbon fuels that are certified to minimise indirect land use change.”

That stands in contrast to biofuels, which are controversial where they compete with food crops or forest for land.

Barbara Bramble at the National Wildlife Federation called the development “tremendously exciting”. “Technologies that reduce carbon emissions in transportation while meeting broader sustainability objectives can help to avoid the worst impacts of climate change on our wildlife and the habitats they call home,” she said.

The aviation sector has committed to carbon neutral growth from 2020. Efficiency improvements and fuel switching are not expected to be sufficient to meet that target.

Later this month in Montreal, the International Civil Aviation Organization is set to finalise a scheme to offset the residual emissions with investments in other sectors.