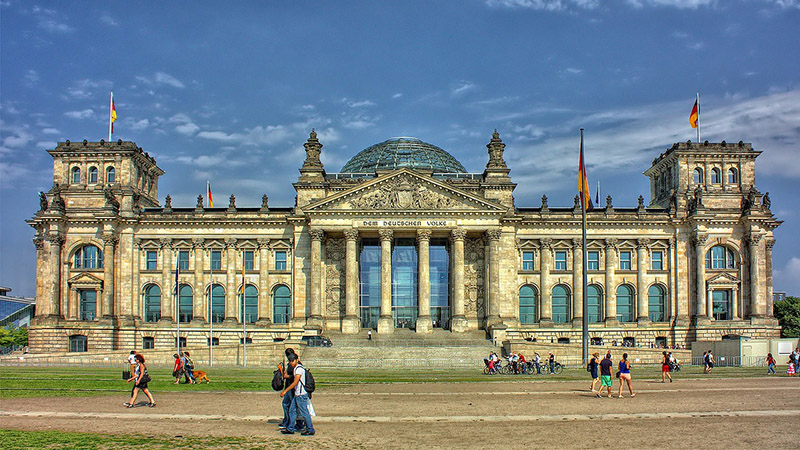 By Sören Amelang in Berlin

Environmental organisations have responded to a government proposal to decarbonise the economy with outrage.

They say the Climate Action Plan 2050 will fall well short of meeting climate targets, and accuse the environment ministry of caving in to pressure from the economics ministry and Angela Merkel’s Chancellery to water down ambitious plans and drop important details, like a deadline for the coal exit.

The final version of the German Environment Ministry’s Climate Action Plan has been published. But concrete targets included in previous drafts have been removed, prompting the Green Party to describe the document as an “admission of government failure”.

The Climate Action Plan was announced at the Paris Climate Summit as a framework for how Germany was to reach its goal of cutting greenhouse gas emissions by 80 to 95 percent by 2050.

Germany is already struggling to meet its 2020 climate targets, and is under additional pressure after Chancellor Angela Merkel repeatedly said she would make climate policy a priority of Germany’s G20 presidency next year.

The environment ministry’s final version of the plan is still to be coordinated with other ministries. But critics say it had already been watered down under pressure from Sigmar Gabriel’s Ministry for Economic Affairs and Energy, which insisted on the omission of a date for the coal exit.

“I have accepted these amendments to avoid further delays to the necessary discussions within the federal government,” Hendricks said in a statement posted on the ministry’s website.

On rare summer afternoons Germany can get 50% of its electricity from solar panels. The rest of the time…. pic.twitter.com/aDZexSc6mo

But the Green Party and environmental organisations said the Climate Action Plan has lost all power as a blueprint for decarbonising Germany.

“Hendrick’s Climate Action Plan started as a tiger, but turned out to be a toothless tiger-skin rug,” said Green parliamentarians Bärbel Höhn and Oliver Krischer.

Changes to the Climate Action Plan 2050 came after industry associations repeatedly voiced their criticism of sector targets and the listed measures they feared would harm Germany’s economy and competitiveness.

Among other changes, Hendricks made concessions on the transition to renewable transport, one of the weak spots of Germany’s Energiewende.

A June draft said that by 2030 “a large majority of newly registered cars” would have to be powered by electricity or biofuels. But the new plan only states that “the government aims to significantly lower car emissions by 2030” and that e-cars would contribute to that goal.

“As long as an emission-free transport sector is not defined as a matter of course, carmakers will continue to dream of a future for the combustion engine – a future that will not exist.”

He added that without a coal exit and specific targets for different business sectors, the plan “lampooned” the spirit of the Paris Climate Conference.

While the environment ministry has repeatedly called for a managed coal exit by 2045 or 2050, other ministries, state premiers in coal mining regions and trade unions have resisted.

Environmental NGOs praised Merkel for pushing G7 leaders to commit to decarbonisation, and for fighting to make the Paris Climate Conference a success.

But the “Climate Chancellor’s” real commitment is under question because of her failure to push for an end to Germany’s dependence on highly polluting brown coal.

Germany increased power production from renewables to over 30 percent in 2015, yet overall CO2 emissions, as well as emissions from the power and transport sector, have stagnated or increased slightly over the last five years.

The plan’s preamble, added on request of the Chancellery, says the document “shows the basic parameters for the realisation of Germany’s long-term climate protection strategy, providing the necessary orientation for all actors in business, science, and society.”

It adds that “the Climate Action Plan 2050 does not contain rigid guidelines”, and that the government will “make it a key focus to preserve the competitiveness of German industry, including functioning, innovative and complete value chains.”

Environmental NGO Germanwatch said that government had postponed urgent decisions until after the parliamentary elections next year, and in doing so failed to provide planning security.

Policy director Christoph Bals said “the government appears to lack the necessary courage to agree on a clear strategy” to implement the Paris Climate Agreement, adding that the pending consultation with other ministries was a last chance to create a Climate Action Plan “worthy of its name”.

The cabinet is scheduled to approve the Plan by early November. The Climate Action Plan will not be a law – and so will not be put to a vote in parliament – but rather become part of the government’s energy transition strategy.

This article was produced by Clean Energy Wire