US gas now a bigger carbon polluter than coal

Coal has entered a structural decline, say experts, leaving gas as the second largest source of carbon behind petroleum 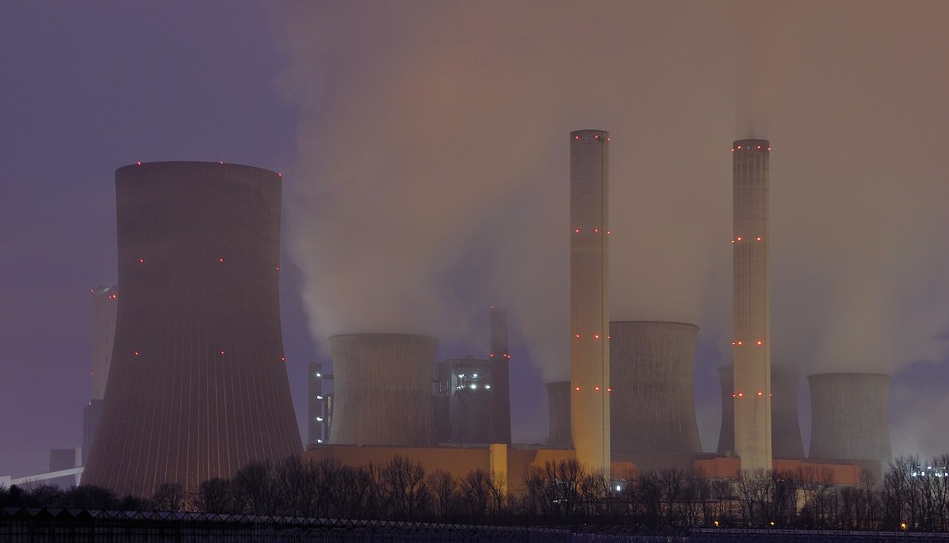 US coal has taken another symbolic stagger as the nation’s major energy agency announced the fuel’s carbon emissions will be surpassed by natural gas for the first time in four decades.

According to analysis by the Energy Information Administration (EIA) natural gas will create 10% more emissions than coal in 2016. This is despite coal being 82% more carbon intensive than gas when it is burned.

Coal slips to third, with petroleum by far the largest contributor to the US’ carbon footprint.

Gas’ rise to prominence has been closely tracked by environment groups concerned about replacing one source of carbon with another.

The milestone comes as the US Environment Protection Agency is locked in a major court battle against the shale gas state of North Dakota to prove the legality of new measures to control emissions of methane (a powerful greenhouse gas) from drilling sites. 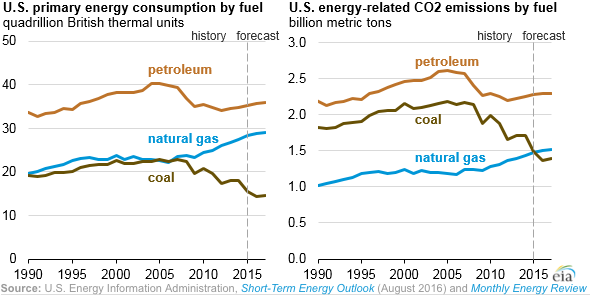 Gas will also surpass coal as the country’s foremost source of electricity in the coming months. Just ten years ago, coal was king of the US electricity sector and its carbon emissions were almost double that of gas.

This year the EIA predicts the production of coal in the US will fall by 18%, the biggest annual decline since at least 1949.

“This latest information confirms what we suspected,”said Luke Sussams, a senior researcher at Carbon Tracker. “Coal’s demise due to regulation, renewables and cheaper shale gas continued through 2015 in the US.”

Sussams noted reports of a rise in the price of coal in recent weeks, which Reuters had suggested may signal a renaissance for the industry.

“The coal price has rebounded slightly in 2016. This does not mean that ‘coal is back’ however, but that the market is in fact closing surplus capacity and rebalancing at increasingly lower levels of consumption. Therefore, we expect the downward trend of coal in the US to continue into this year,” said Sussams.

Donald Trump has vowed to bring back the coal sector if elected president, blaming clean air laws brought in by the Obama administration for the decline.

Renewable energy and new laws have certainly played their part. But according to the EIA, the shift to gas was “mainly a market-driven response to lower natural gas prices”.

According to the Moody’s ratings agency, coal is not coming back. Recent bankruptcy filings are a list of fallen giants: Peabody, Arch Coal, Patriot and Alpha Natural Resources have all gone to the wall.

In May, Moody’s released a report predicting the coal industry’s combined earnings would fall 10% in the coming year.

“Our view is that material recovery for US thermal or seaborne metallurgical coal is unlikely over the next several years.”