A look ahead to the week in climate politics. Sign up to have our Friday briefing and Monday’s crib notes sent to your inbox 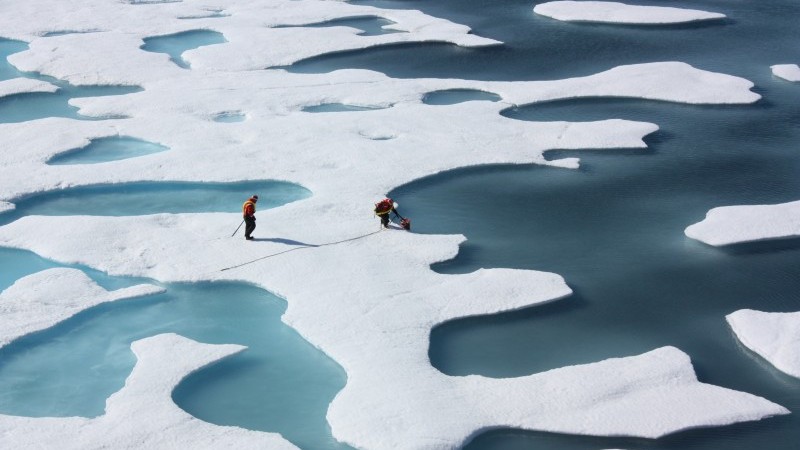 Forget Rio, Geneva is where the world’s most important record will face a critical test this week.

Around 85 climate scientists will be in Switzerland to discuss work on the UN’s IPCC 1.5C report.

The study is expected to detail the impacts of warming to this level, and outline greenhouse gas pathways to ensure global average temperatures don’t smash through 1.5C for good.

The report is due in 2018. Remember this year average temperatures briefly hit 1.46C in March.

IPCC 1.5°C Special Report: More questions than answers when it comes to land use and forests https://t.co/XrDdNdXVmH pic.twitter.com/dHOBwFugeS

Small island states and the world’s least developed countries are worried not enough is being done, despite last December’s Paris climate deal.

Here’s Maldives minister of environment and energy Thoriq Ibrahim: “We now know that 2015 set a number of ominous milestones: Greenhouse gases were the highest on record.

“Global surface temperature was the highest on record; Global sea level rose to a record high; among others.

“And all this at an average warming of just over 1 degree Celsius above preindustrial levels today.

“Keeping warming below 1.5 degrees demands the full effort of the entire international community and the IPCC Special Report is an integral part of the process.”

Prior to #IPCC 1.5C scoping meeting, a valuable collection of articles in @Nature, @NatureClimate and @NatureGeosci https://t.co/7pdm06SPsH

UK prime minister Theresa May is currently on hols hiking in the Swiss Alps, where she may observe the fast retreat of European mountain glaciers.

Back home Stephen Cornelius, WWF-UK climate chief says her government should demonstrate its commitment to the Paris deal and avoiding 1.5C by ratifying the pact now.

“The UK and other governments agreed in Paris to pursue efforts to limit global temperature rise to 1.5C,” he says.

Staying with 1.5C, expect a report this week from the Climate Vulnerable Forum (a group of 50+ small and developing countries) on why efforts to avoid that level of warming makes economic sense.

The study will highlight benefits of the UN goal for health, safety and the environment will be “presented by leading experts”.

The CVF is meeting in Manila to celebrate the Philippines handing on the CVF baton (it’s the Olympics we can get away with these puns) to Ethiopia.

Since launching in 2015 the UNDP-backed group has enjoyed significant diplomatic success, notably securing acknowledgement that 2C warming will be too much for many of its members.

That said, new Philippines president Rodrigo Duterte has spoken of his anger at the Paris deal and climate targets in general – specifically directing his ire at the country’s US ambassador

“You are trying to stifle us,” Duterte said in widely reported comments. “That’s stupid, I will not honour that. You signed… That was not my signature.”

Keep your ears peeled (or blocked) if Duterte rocks up.

In a sign that the impacts of global warming are increasingly significant, a cruise ship will head through parts of the Arctic this week on an historic voyage through the North West Passage.

The MV Crystal Serenity leaves on 16 August from Seward, Alaska for the 32-day voyage – with 1000 passengers making it the largest cruise ship to make the trip.

Green groups are not amused, warning it’s a sign of how fast polar melt is taking place and that a once-pristine area of the planet could fast be abused by an influx of tourists.

“It’s because the Arctic is in meltdown that this cruise can take place,” says WWF-UK’s Rod Downie [WWF-UK evidently being the only green group not on the beach and therefore firing out quotes – poor people]

“This year we saw the sice crash to a record low for June as it continued its downwards spiral. The loss of sea-ice is bad news for Arctic species like polar bears, walrus and narwhal, and for Arctic people.”

According to the UN it’s held “every year on 19 August to pay tribute to aid workers who risk their lives in humanitarian service, and to mobilize people to advocate for a more humane world.”

This year’s theme is the slightly broad ‘One Humanity’. According to the organisers only a third of the $21.9 billion needed for aid in 2016 has been received.

Here’s a snippet from the BBC’s coverage: ”This is a flood of epic proportions,” JR Shelton, the mayor of Central City told The Advocate newspaper. “When we talk about floods now, we’ll talk about the great flood of 2016. everything else pales in comparison.”

Too much to choose from, but proof he’s keen to win the fossil fuel vote in his tweets

“I am leaving Fitzgerald Peterbilt now, where I met with coal miners and leaders from the Virginia coal industry. I assure you – those out of work down here — will be back to work under a Trump Administration! -DJT”