The Republicans fleeing Trump because of climate change 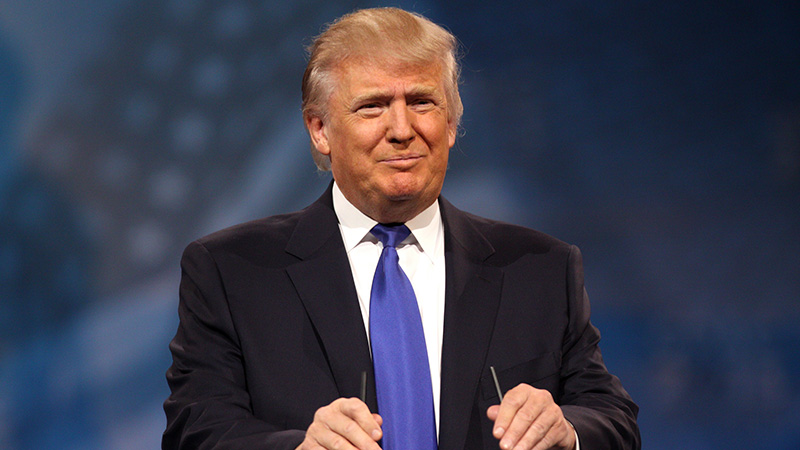 US Republicans who believe in climate change are a rare breed.

Many have gone into hiding, some have adopted a more sceptical stance under pressure from the Tea Party movement, others have found themselves kicked out of office.

Few can believe the Grand Old Party (GOP) is now headed by a brash billionaire who says coal is clean and global warming is a Chinese hoax.

That’s too much for staunch conservatives like Bob Inglis, a six-term congressman whose belief in climate science was a factor in his 2011 seat loss to a Tea Party candidate.

“I surely can never vote for Donald Trump on this and on a legion of other issues,” Inglis told Climate Home on a call from Texas.

“He is not prepared to be president, he’s an embarrassment. Under no circumstances would I vote for Donald Trump.”

Responding to the incoherence in Trump's energy speech is as nonsensical as attempting a serious conversation with someone who's drunk.

Coal is clean and the Paris climate deal approved by 195 countries last December is irrelevant, said the policy statement, which disappoints many of the party’s long-term supporters.

“This platform, for my issues, is the worst we have ever had in terms of clean energy and public lands,” said Rob Sisson, president of ConservAmerica, founded in 1995 as Republicans for Environmental Protection.

Sisson is keen to stress the centre-right US environment movement is not dead, just hidden beneath an avalanche of bombast from Trump and his supporters.

Attending the Republican National Convention in Cleveland, Ohio, Sisson said interest in the environment was as high as he could remember.

“This year there were 7-8 groups in different media roundtables, one panel discussion, seven groups, not arguing whether it was real but discussing real solutions, which is leaps and bounds ahead of where we were 4 years ago. To me that’s very positive,” he said.

Trump: I’ll get miners back to work as US president
Clinton: Paris climate deal must be enforced

Asked about climate change, many GOP delegates appeared torn between their love of party and the scale of environmental change across the US, the ClimateWire news agency reported.

“A large majority, 39, said the Earth’s climate system is changing, while eight said it’s not. Four weren’t sure,” wrote Evan Lehmann, who interviewed 51 people at the RNC.

“On the knottier question of whether human activities like driving cars contribute to those changes, 23 delegates said they do, compared to 17 who said people don’t influence the climate. Eleven answered maybe.”

In March, pollsters at Gallup found global warming concerns were at an 8-year-high, with 9% more Republicans worrying about its impacts than at the same time in 2015.

In April, a survey by Yale and George Mason universities found 61% of conservative voters supporting regulations on carbon dioxide, with 75% backing support for wind and solar.

“I really think these groups – NRDC, Sierra Club – are going to make climate change a big issue over the next 100 days, and I expect Mr Trump and his team will have to evolve on their position and replies when asked about these topics,” he said.

Hillary Clinton’s campaign has placed climate change front and centre, anchored on what green groups say is the most ambitious set of low carbon policies a presidential candidate has proposed.

Despite that position, voting for Clinton is anathema for many climate-friendly conservatives, with the likes of Inglis eyeing the Libertarian Party as a temporary home.

In 2012, it picked up 1% of the national vote, but the party’s national chair Nicholas Sarwark reckons it’s starting to attract centre-right voters with a green tinge.

“Where we’re different is we are not blocking, we have no ideological commitment, the question of climate change is one for science. We do have a position on government action that’s appropriate. Government has a failed history of subsidies,” he said.

“We don’t pre-suppose any type of energy. We’re very supportive of Elon Musk’s work, the greater distribution of electric cars and a decentralised grid.”

Support for so-called third party candidates is surging, according to The Hill, with a 4.5 to 7.2% leap for Libertarian leader and former New Mexico governor Gary Johnson.

Fiercely opposed to UN climate treaties and subsidies for any type of energy, Johnson’s platform appeals to voters tired of big government and keen to control their own energy, said Sarwark.

“Fossil fuel companies get some big subsidies and help for exploration. A libertarian would say exploration and discovery is all part of the all-in cost of that extraction. Don’t pretend it’s not part. The companies should be forced to bear the real costs.”

Johnson, said Sisson, is “very popular” with many in his network from his time backing clean energy in New Mexico.

15% puts @GovBillWeld and me on the debate stage with Trump and Clinton. With your help, we will get there! #TeamGov pic.twitter.com/BSJcy5eh8f

“Most Americans believe climate change is real. They don’t see the threat as imminent and they may believe it is possible to mitigate some of its most serious effects,” she said via email.

“Other issues such as the performance of the US economy seem much more pressing to them right now.”

But one theory is it could ruin future Republican hopes of reaching vast swathes of the population frustrated by its apparent anti-science attitude.

It’s that fear that keeps Inglis and Sisson engaging with fellow party members and lawmakers.

“If we continue to be in wilful disregard of the facts we will be in trouble,” said Inglis, who is travelling the US advocating a revenue-neutral carbon tax as a centre-right climate answer.

“We’re finding more awareness to this – but if we think the solution is bad we go back and doubt the problem.

“Imagine if you saw a doctor and said you had a back problem, and he said he’d start by cutting off your head… the solution is anathema – people think there’ll be a slower economy, they’ll be walking and eating bugs.”

“One of the things we often talk about is quite often centre-left groups have solutions that don’t appeal to voters and policymakers on the right of centre,” he said.

“It gives me a strong platform – we can’t let the left own this topic. We need to take ownership back.”

Meanwhile Sarwark is basking in his party’s unexpected polling spike, not that he sounded shocked given the competition.

“[It’s] partly as their party has nominated a crazy person, and as we are running an adult who is eminently qualified for the job. Strip off the party labels – one of them is a reality TV star,” he said.

“We have the most qualified candidate – it’s about sanity and trust.”