If elected president, Hillary Clinton will convene a climate summit in the first 100 days, according to platform endorsed at Democratic National Convention in Philadelphia 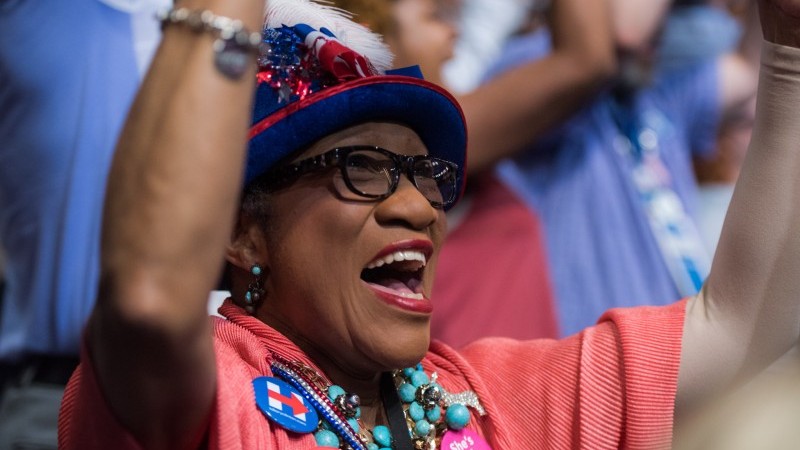 A supporter at the Democratic National Convention, Philadelphia (Pic: Samuel Fisch for Hillary for America)

Hillary Clinton will mobilise a global effort on a scale not seen since the second world war to tackle climate change, if elected US president in November.

That became official Democrat policy on Wednesday at the party’s national convention in Philadelphia.

Within 100 days of assuming office, Clinton promises to bring together engineers, scientists, policy experts and activists “to chart a course to solve the global climate crisis”.

The party called for a clean energy revolution and a federal investigation into fossil fuel companies accused of misleading the public about the risks of climate change.

It did not embrace all the most climate hawkish proposals, rejecting a carbon tax, fracking ban and climate test for new energy infrastructure.

“Combating climate change, the existential threat of our time, will take heroic efforts,” he said. “You would not know it to listen to Donald Trump.”

Trump did not mention climate change once in his 76-minute speech to last week’s Republican convention and recently denied that California was experiencing a drought, Brown noted: “Trump lies.”

Brown also rejected the idea there is a trade-off between economic growth and green policies, pointing out California is outpacing the US economy while embracing carbon cutting plans.