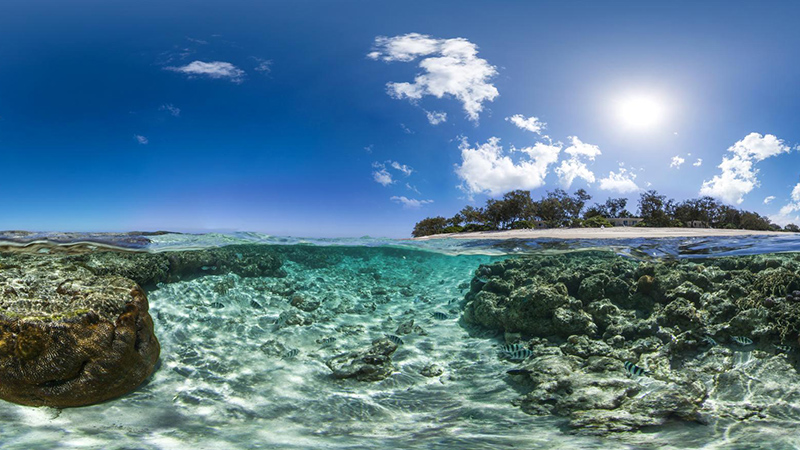 By Karl Mathiesen in Brussels

The UN asked the Australian government to cover up details of lobbying that lead to all mention of Australia being scrubbed from a major report on climate threats to world heritage sites.

A draft of the UNESCO report, containing details of the threats posed by climate change to the Great Barrier Reef, Kakadu and the Tasmanian wilderness, was sent to Australia’s ambassador to UNESCO George Mina in February.

Mina forwarded it to the Environment Department for comment. Several emails were exchanged with UNESCO officials. The report was published in May without any mention of Australian sites.

The doctoring was revealed by the Guardian in May, leading to global concern and outrage over the apparent ability for a government to influence the UN body’s scientific reporting.

Correspondence between Mina, staff at UNESCO’s World Heritage Centre and the Department of Environment was released to Climate Home after a Freedom of Information (FoI) request. But the documents were almost entirely blacked out at UNESCO’s behest.

Deb Callister, an environment department official, told Climate Home that she had consulted with UNESCO about releasing the emails that lead to the removal of the Australian sections.

“UNESCO advised that it is their practice not to disclose exchanges of letters or correspondence between the Secretariat and its Member States, and requested that this type of material not be disclosed pursuant to this FOI request,” said Callister.

Given this, she said disclosure of the emails “would or could reasonably be expected to, cause damage to the international relations of the Commonwealth” – making them exempt from FOI requests.

UNESCO spokesman George Papagiannis would not comment on the conversations between Callister and the World Heritage Centre and denied that governments have the power to veto the contents of any UNESCO publication.

“This was a report on the impact of climate change on World Heritage,” said Papagiannis.

“It was not a report on the Great Barrier Reef. All World Heritage sites are affected, in varying degrees, by climate change. The report sought to illustrate this through a selection of sites. This was accomplished and should be the focus of our attention.”

Correspondence between Unesco, George Mina and the Department of Environment (Australia)

Unesco’s director-general Irina Bokova is currently running for the top job at the UN.

Papagiannis said Bokova was not involved in the decision-making during the original amending of the report, or the subsequent quashing of the email release.

Professor Will Steffen, a scientific reviewer on the Great Barrier Reef section of the report, said he was surprised by the apparent collusion between the Australian government and UNESCO in keeping the details of the lobbying secret.

“But I guess I shouldn’t be surprised. It is indeed concerning, though, when scientifically authoritative and credible information is suppressed for any reason,” he said.

According to Papagiannis, UNESCO chose to replace the Great Barrier Reef with the Lagoons of New Caledonia and the Rock Islands Southern Lagoon in Palau to represent the threat of climate change to coral reefs in the report.

He made no mention of what was used to replace the particular concerns associated with the other two sites that were excised.

The lead author of the report Adam Markham said it was his understanding that the decision to change the report was taken in order to avoid a battle with the Australian government.

Australia and UNESCO have had a difficult recent history, with Australia lobbying hard (and successfully) against a proposal to include the Great Barrier Reef on the list of world heritage sites ‘in danger’.

Markham, who is director of climate change at the Union of Concerned Scientists but not a scientist himself, said: “I think scientists should listen to what Australia and UNESCO have to say about what transpired and decide for themselves how they feel.” He would work with UNESCO again, he added.

The Australian government has previously said it had told UNESCO that publication of a document detailing the perilous future under climate change might adversely affect tourism at the sites.

Details of this correspondence, including whether UNESCO asked the Australian government to provide evidence to back up this claim, or if that was the sum total of Australia’s representation to the body, are hidden by the censor’s marker.

“There are a few passionately eco-conscious folk who will be put off travelling there because they believe there is a significant ecological or environmental concern wrought by human actions,” she said. “You are talking a very small number but it doesn’t take much to affect the brand.”

However, de Carteret added, “news coverage of the Australian government insisting on scratching every reference to the country in the report is the most damaging thing to the brand and simply highlights that the country has a problem.”

The 104-page report that was eventually published detailed the risks posed by climate change to 31 world heritage properties in 29 countries.

Stonehenge, Venice, Yellowstone National Park and the Galápagos Islands were among popular tourism destinations featured in the report, apparently without objection from their own national governments.

In one of the few meaningful passages of the correspondence between Australia and UNESCO to escape erasure, an environment department official details the minimisation of tourism impacts in Kakadu National Park.

The emails make clear that the Great Barrier Reef and Tasmania’s world heritage forests – which were suffering an exceptional and likely climate-driven fire event at the very moment the emails were being exchanged – were also discussed although all details regarding Tasmania have been removed.

Two sentences regarding the reef remain. They note the progress being made under the Australian government’s Reef 2050 Plan. This plan had been positively mentioned in the draft report.