Renewable sources overtook coal in Britain’s power generation mix for the first time in 2015, according to official figures published on Thursday.

The newly created business and energy department is set to consult this year on plans to phase out coal power completely by 2025.

Maf Smith, chief executive of RenewableUK, said: “The government took the right decision when it announced the phasing out of coal. Now we can see renewable energy filling the gap, replacing old technology with new.”

Good Energy chief executive Juliet Davenport said: “The idea that renewables are an unimportant part of our energy mix is now firmly a myth. They are leading the way when it comes to making the UK more energy secure in the future.”

Gas remained the single biggest source of electricity, on 29%, with nuclear contributing 19%. 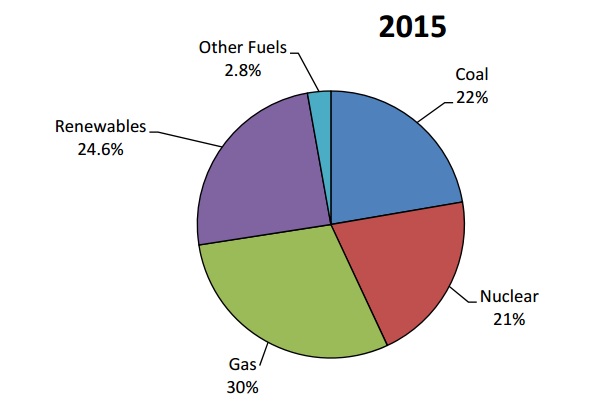