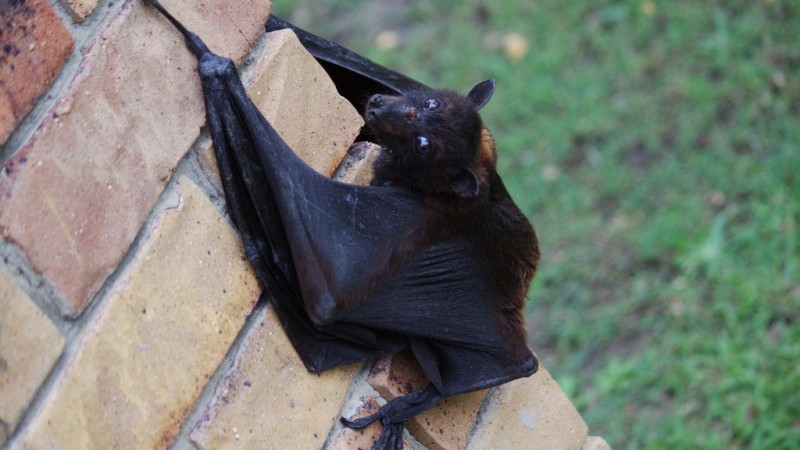 Bats in urban Australia are one indicator used to assess biodiversity (Pic: Flickr/Lance)

Humans have reduced biodiversity – the teeming variety of plant and animal life that competes and co-operates in every ecosystem – to below safe levels across more than 58% of the planet’s land surface.

This is ultimately bad news for human food security because biological diversity underwrites what naturalists call the resilient ecosystem services on which humans and all higher animals depend – crop pollination and pest control, nutrient decomposition and recycling, water and air purification − and because that 58% of the terrestrial planet is home to 71% of all humans,

That humans are reducing biodiversity − and at a cost to the disturbed ecosystems − is not news. Separate research teams have repeatedly warned of the dangers of extinction of species.

But Tim Newbold, a bioscience research associate at University College London, and colleagues report in Science journal that instead of drawing conclusions from one or a series of studies, they looked at the biggest picture available.

The research, which is part of a British partnership study called PREDICTS, analysed 2.38 million records made by other scientists of 39,123 species at 18,659 places.

The embrace of their research included bats in urban Australia, grasshoppers in Greece, spiny water fleas in Wisconsin, US − anywhere that plants or animals interacted or depended on each other.

“Decision-makers worry a lot about economic recessions, but an ecological recession could have even worse consequences”

On average, the local abundance of each species had fallen to 85% of the value that would have been expected in undisturbed habitat. The “safe level” of disturbance has been set at 90%.

The study focused on land-use change and its impact. Although climate change is likely to create even greater pressures on global ecosystems, the researchers were concerned to measure what humans had already done to the woodlands, swamps, savannahs and forests around their farms and cities.

“It’s the first time we’ve quantified the effect of habitat loss on biodiversity globally in such detail, and we’ve found that, across most of the world, biodiversity loss is no longer within the safe limits suggested by ecologists,” Dr Newbold says.

“We know biodiversity loss affects ecosystem function, but how it does this is not entirely clear. What we do know is that, in many parts of the world, we are approaching a situation where human intervention might be needed to sustain ecosystem function.”

Over the decades, in both laboratory experiments and in real-world observations, naturalists have confirmed that as the diversity of living things in a forest or a field or grassland is reduced, so is the ecosystem’s resilience − its capacity to go on supporting life and turning sunlight, air and water into green growth to nourish all other creatures.

And the greatest changes have happened in the last century or so as human numbers, and human economic exploitation, have soared.

“It’s worrying that land use has already pushed biodiversity below the level proposed as a safe limit,” said Andy Purvis, life sciences research leader at the Natural History Museum in London, and leader of the PREDICTS team.

“Decision-makers worry a lot about economic recessions, but an ecological recession could have even worse consequences – and the biodiversity damage we’ve had means we are at risk of that happening. Until and unless we can bring biodiversity back up, we’re playing ecological roulette.”