Two 350MW arrays in the Netherlands will supply power at €87/MWh, beating the next cheapest project by miles 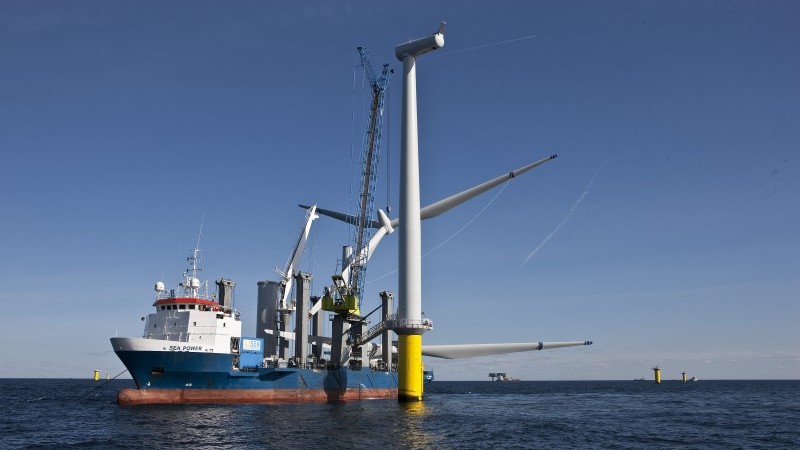 Dong Energy has set a record low price for offshore wind power in a winning bid to build two arrays off the coast of the Netherlands.

The Danish company committed to supply electricity at €72.70/MWh (US$80.40), not including transmission costs. The cables will add about €14/MWh, experts say.

That beats an industry goal of bringing costs below €100/MWh by 2020. The closest any rival had previously come was €103/MWh by Vattenfall in Denmark last year.

“It was a result that was well beyond anyone’s expectations,” said Oliver Joy, spokesperson for the European Wind Energy Association.

It brings a relatively expensive form of renewable energy a step closer to competing on cost with conventional power stations.

The Netherlands has pledged to contract out 700MW of offshore wind a year to 2020, giving developers a big prize to aim for.

Steel to build the turbines is fairly cheap, while low oil prices mean developers can get a bargain on installation vessels that would otherwise serve drilling rigs.

“You cannot compare two wind parks directly,” he said, but added: “You will never see us bid at a level which does not create value. The price reflects the rapid development which the offshore wind industry is going through.”

Since 2012, he claimed Dong had cut costs more than 40% by working with the supply chain and improving designs and processes.

Across the industry, companies are experimenting with floating turbines and bigger blades to drive further savings.

The next milestone is €80/MWh, which European developers have pledged to reach by 2025.