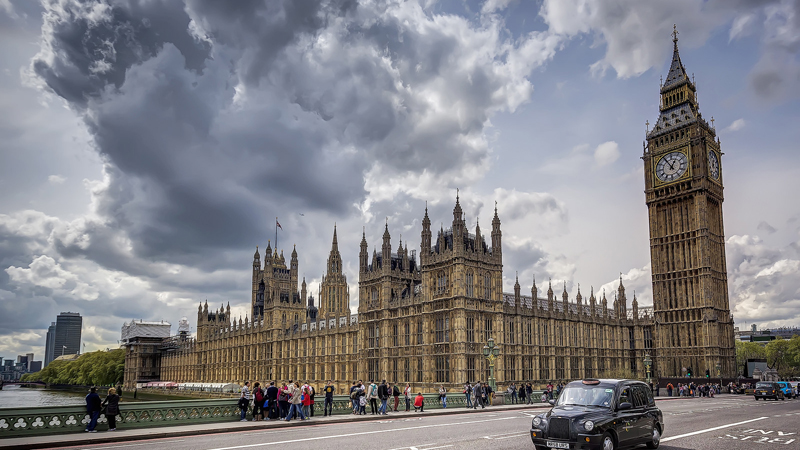 Climate sceptics are taking advantage of the confusion caused by the EU referendum to attack the UK’s low carbon policy.

The Global Warming Policy Forum, a think tank founded by Leave backer Lord Lawson, is hosting an event in the House of Lords on Monday evening.

Legal professor David Campbell is set to argue the government should scrap the carbon budget for 2028-32 it approved last Thursday.

Noting that the impact assessment was based on the assumption Britain would be in the EU in 2030, the GWPF calls for a review.

None of the Conservative leadership candidates have indicated plans to do so, director Benny Peiser told Climate Home. But he added: “If they think the targets are a burden to the economy and undermining British competitiveness, then all of the candidates will be open to revising the targets.”

The 5th carbon budget, if followed, will damage UK economy far more than Brexit ever could. And do NOTHING to slow climate change.

Baroness Bryony Worthington, one of the architects of the Climate Change Act 2008, was confident the legislation was robust.

Indeed, the deadlines written into the Act ensured that government reaffirmed its commitment to emissions cuts on a day both major parties were in meltdown.

“It creates a metronome of action, irrespective of the politics,” she said at an event in London on Friday. “I don’t think it is that vulnerable, actually.”

To the disappointment of activists, the Swedish government approved the sale of state-owned utility Vattenfall’s German brown coal operations to Czech firm EPH on Saturday.

A coalition of green groups and academics had been urging Stockholm to block the transaction and make plans to close the polluting mines and power stations. Even Al Gore and Felipe Calderon weighed in.

Ministers Isabella Lovin and Karolina Skog protested in an article for newspaper Dagens Nyheter that was beyond the government’s remit.

By way of compromise, they promised to buy and cancel 300 million crowns (€32m) worth of EU carbon allowances a year to 2040, to increase the price. That is currently equivalent to about 10% of the emissions from the coal assets in question.

The move puts the ball firmly in Germany’s court to decide when and how to phase out coal, which is still the country’s main source of power. A leaked draft of its 2050 decarbonisation strategy set no timetable.

I’m listening to our Minister of Enterprise’s business like voice selling out my future with Vattenfall’s lignite. It hurts so much.

Australia’s leadership is uncertain after a close general election. At time of writing, it was neck and neck between incumbent Malcolm Turnbull’s Liberal/National coalition and Bill Shorten’s Labor Party, with 16 seats still to declare.

The Guardian’s Graham Readfearn was not hopeful of strong climate action in either case, writing ahead of the vote. Despite recent wildfires, heatwaves and the worst bleaching of the Great Barrier Reef on record, it was a second tier issue in the campaign. Labor had a stronger clean energy platform, but both sides suffered a credibility gap, he wrote.

The show goes on for climate diplomats, with the Petersberg Climate Dialogue on Monday and Tuesday. Representatives from 35 countries are expected at the informal gathering in Germany, co-hosted by Moroccan foreign minster and president of the next UN climate summit Salaheddine Mezouar.

“We will discuss how to work our way forward to Marrakech, to the next COP,” Netherlands environment minister Sharon Dijksma told Climate Home. “The agenda did not change because of [Brexit]… environment policy really has no borders.”

France climate envoy and UN “champion” Laurence Tubiana is hoping the private sector can spearhead a new ambitious drive to slash emissions. She wants business leaders to lobby their governments to ratify the Paris climate deal and come to the meeting armed with proof they are delivering on what they promised last year

The chances of avoiding 1.5C global warming may be vanishingly small, but it is still a critical threshold for vulnerable communities worldwide.

The Intergovernmental Panel on Climate Change is consulting on what to include in a special report on the topic, which it has promised to deliver in 2018. Get your views in by 15 July.

Energy ministers from the G20 meeting in China last week failed to set an end date for fossil fuel subsidies – something the host country described as a priority. The G7 group of major economies has agreed to 2025, albeit without a clear definition of subsidy.

Shelagh Whitley of the Overseas Development Institute urged leaders to get it together before the top level G20 summit in September: “Leading nations in the fight for a green economy, like the USA and China, must take a stand and refuse to sign on to any G20 statements that don’t include a date for ending fossil fuels subsidies.”