UN climate chief to UK: ‘Stay calm and transform on’

Christiana Figueres tells business leaders that Brexit vote is not an obstacle to continued cooperation between Britain and the EU, reports the Guardian 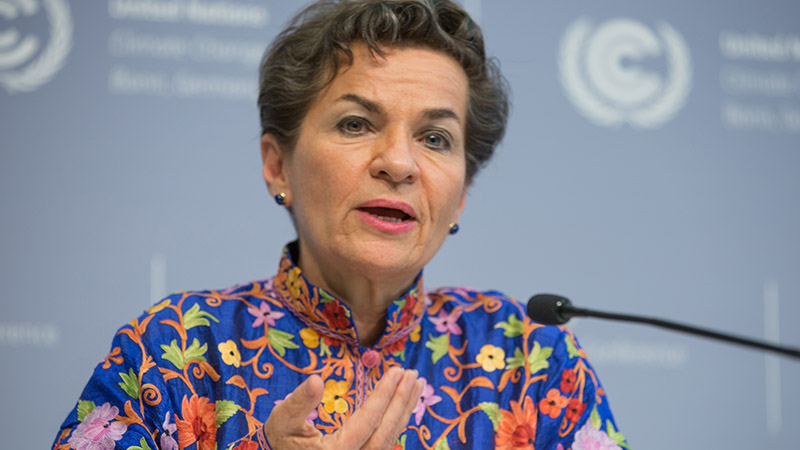 Christiana Figueres' pitch of hope and change has not won over the security council (Pic: UNFCCC/Flickr)

By Adam Vaughan and Anna Menin

Britain must continue to be a world leader when it comes to acting on global warming despite the EU referendum result last week, the UN’s climate chief has urged.

Christiana Figueres warned that should article 50 be triggered it would bring uncertainty for two years but cooperation on climate change could be one area of continuity between the UK and EU.

“Should that be the case [article 50 being triggered], there is going be quite a lot of uncertainty, transition, volatility for at least two years,” she told an audience of business leaders in London on Tuesday.

“However, let us remember that the Brexit vote was not about climate change, it was not about should the UK continue to modernise its industry and its manufacturing, and it was certainly not a vote about innovation, which is fundamentally the opportunity that we have by acting on climate change,” said the outgoing executive secretary of the UN Framework Convention on Climate Change.

Figueres, who played a key role in forging the Paris climate deal last December and is believed to be considering running for UN secretary general, riffed on the world war two poster “keep calm and carry on”.

Asked if the Brexit vote would become an obstacle to action on climate change, she said: “No. Climate change action is by now unstoppable. It is global.”

A pre-referendum poll found that leave voters were more likely to be climate sceptics than remain voters, and green groups have raised fears that the Brexit vote could lead to “the climate change-denying wing of the Conservative party” being strengthened.

However, carbon targets are enshrined in UK law under the Climate Change Act, which was passed in 2008 with just five MPs voting against it, and requires steeper emissions cuts than EU targets.

Figueres said that if the UK were to go ahead with leaving the EU, action on climate change could be a much-needed track of stability and continuity between the two.

“Continuing and being very consistent with the UK/EU policy and steps on climate change, could actually be the thread of continuity that takes us through the next two years. Because there’s no reason to do a huge jump to distress or upset the apple cart on this.”

She added that a Brexit may force the EU to revisit the emissions plan it submitted to the Paris summit last year.

Figueres’s comments were echoed by Ed Miliband on Monday, who stressed the need to fight for a vision of a “new relationship with Europe which has environmental protection at its heart”.

Speaking at a panel discussion in London hosted by the Environmental Defense Fund Europe, the former Labour leader, who was climate and energy secretary under Gordon Brown, said that Britain could continue to negotiate alongside the EU on climate and energy matters: “we’re stronger negotiating with them than we would be on our own.”

Miliband also argued that it is crucial that Britain maintains the “progress that was made through Europe on a whole range of environmental protections and other issues”.

“I do think it’s very very important that we don’t leave the debate about this – no pun intended – to those who wanted to come out of Europe,” he added, “because they wanted a race to the bottom … they didn’t believe in climate change and all of that”.

“The debate cannot be left to them, with the Remain part of the argument being ‘we’d like to reverse the decision, thank you very much,’ because then that will leave the field clear for those who have a horrible agenda on this.”

This article first appeared on the Guardian. Climate Home is part of the Guardian Environment Network.