NASA: World just baked in hottest May on record 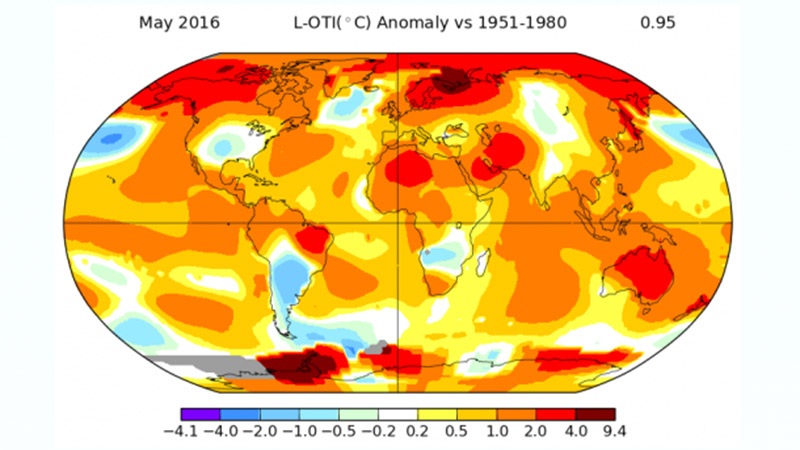 Another month, another round of broken climate records.

Data from NASA suggests May’s temperatures were the hottest for that month globally and made it the warmest northern hemisphere spring on record.

“The state of the climate so far this year gives us much cause for alarm,” said David Carlson, head of the World Meteorological Organisation’s climate research programme.

“Exceptionally high temperatures. Ice melt rates in March and May that we don’t normally see until July. Once-in-a-generation rainfall events. The super El Niño is only partly to blame. Abnormal is the new normal.”

The news comes a day after scientists at the UK Met Office published research indicating global levels of carbon dioxide have passed the 400 parts per million milestone for good.

“The strong El Niño – which has now dissipated – fuelled the high temperatures witnessed so far in 2016.

“But the underlying cause of global warming remains greenhouse gases in the atmosphere due to human activities.”