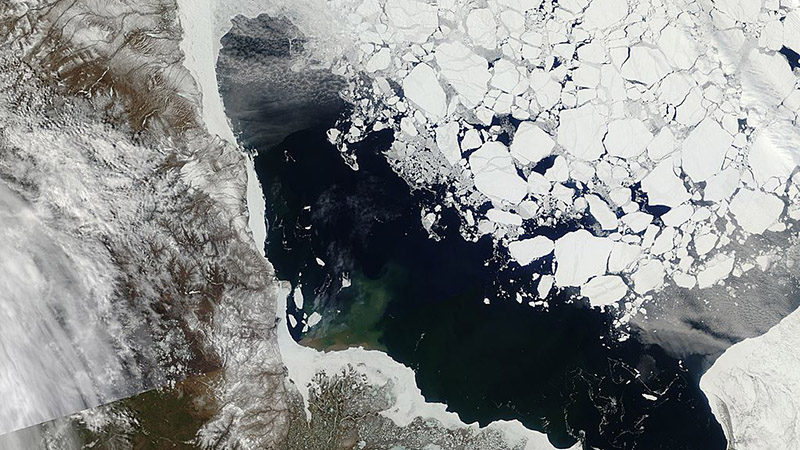 Arctic sea ice levels are around a million square kilometres below the average for this time of year, according to data released by the US National Snow and Ice Data Center (NSIDC).

It’s yet another sign, say scientists, that warming linked to man made greenhouse gases is radically shrinking the North Pole ice cap, with 2016 primed for a new record low.

Pulses of warm air entering the Arctic and an early retreat of sea ice in the Beaufort Sea are linked to the sub-par conditions. 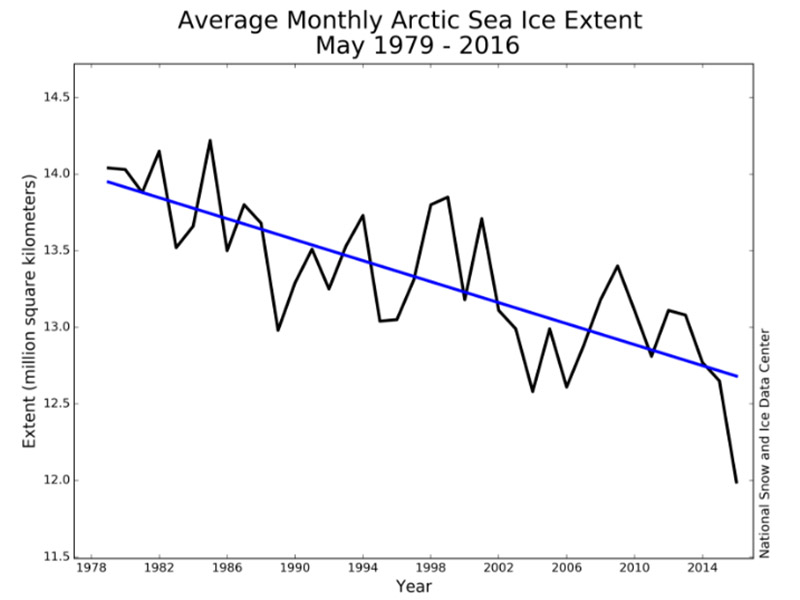 “Daily extents in May were also two to four weeks ahead of levels seen in 2012, which had the lowest September extent in the satellite record,” says the NSIDC.

“The monthly average extent for May 2016 is more than one million square kilometers (386,000 square miles) below that observed in May 2012.” 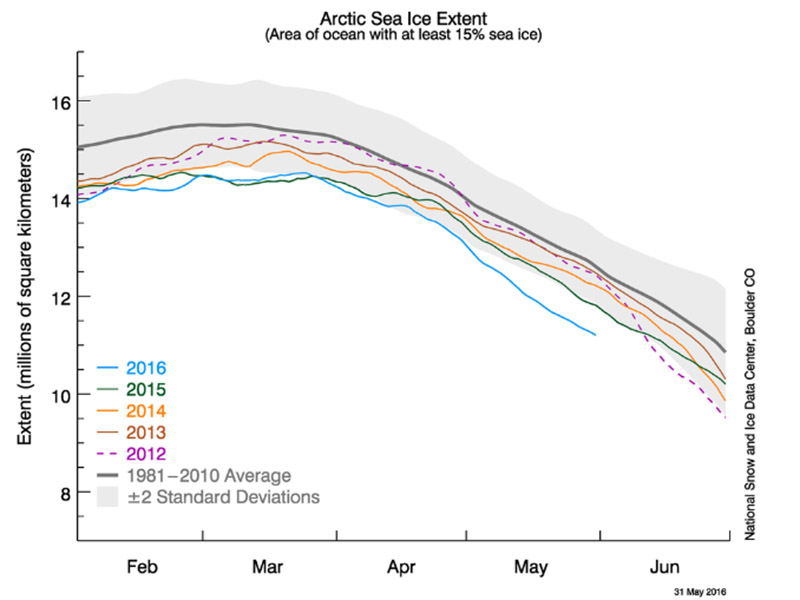 Speaking to the Washington Post, NSIDC director Mark Serreze said rates of melt had clearly accelerated compared to previous years. “We’ve never seen anything like this before,” he said.

The new satellite data is “tentative” said the centre, but supported by other measurements and observations.