‘Weeds of the sea’ are on the rise, as rival fish species suffer from overfishing, acidification and increasing temperatures 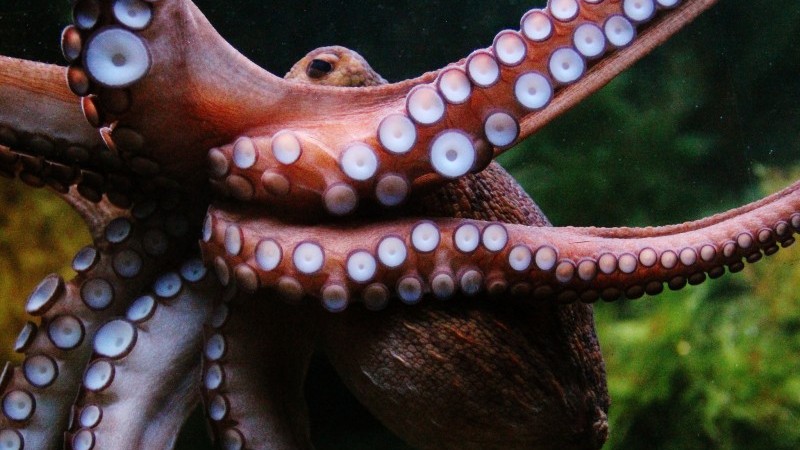 Squid are on the move, octopus are going up in the world, and cuttlefish have made themselves at home in a changing ocean.

While vertebrate fish are migrating because of climate change, and increasingly acidic ocean chemistry is altering piscine behaviour, the cephalopods are flourishing, according to new research.

Zoë Doubleday, a marine ecologist at the University of Adelaide in Australia, and colleagues report in Current Biology journal that while many ocean species are in decline, cephalopods seem to be on the rise everywhere in the world’s oceans.

“Our analyses showed that cephalopod abundance has increased since the 1950s, a result that was remarkably consistent across three distinct groups,” Dr Doubleday says.

‘Weeds of the sea’

“Cephalopods are often called ‘weeds of the sea’ as they have a unique set of biological traits, including rapid growth, short lifespans and flexible development.

“These allow them to adapt to changing environmental conditions (such as temperature) more quickly than many other marine species, which suggests that they may be benefiting from a changing ocean environment.”

The rise in cephalopod populations is clear, even if the reasons for it are as yet uncertain. Concerned about the long-term survival of one iconic species, the Australian Giant Cuttlefish (Sepia apama), she and colleagues in Australia, Portugal, Spain, South Africa, Scotland and the Falkland Islands compiled a global database of catch records to see how population levels fared over a long period.

“Surprisingly, analyses revealed that cephalopods, as a whole, are increasing, and since this study, cuttlefish numbers from this iconic population near Whyalla are luckily bouncing back,” Dr Doubleday says.

Earth is, essentially, an ocean planet. Blue water covers 70% of the surface and the deep oceans provide 99% of the world’s living space. But many citizens of the sea may not feel so at home as the combustion of fossil fuels delivers more greenhouse gas to an ever-warming atmosphere and ever more carbon dioxide into the water.

Australian researchers have already measured behavioural change in one noisy shrimp species, and other research teams have shown that increasing ocean acidity could be affecting the survival mechanisms of some species.

And other, commercially-important ocean citizens are feeling the heat, with fish moving away from the tropics and even from the North Sea, or changing habitat altogether and disrupting new ecosystems.

So it could be that, in the evolutionary lottery, environmental change in the form of warmer seas and greater levels of carbonic acid turns out to favour the many-tentacled predators.

It could also be that as the world’s fishing fleets have, over the decades, taken more and more fish from the oceans, the cephalopods are under less pressure, and are responding to opportunity.

“Cephalopods are an ecologically and commercially important group of invertebrates that are highly sensitive to changes in the environment,” says Bronwyn Gillanders, professor of marine biology at the University of Adelaide.

“We’re currently investigating what may be causing them to proliferate – global warming and overfishing of fish species are two theories. It is a difficult but important question to answer, as it may tell us an even bigger story about how human activities are changing the ocean.”