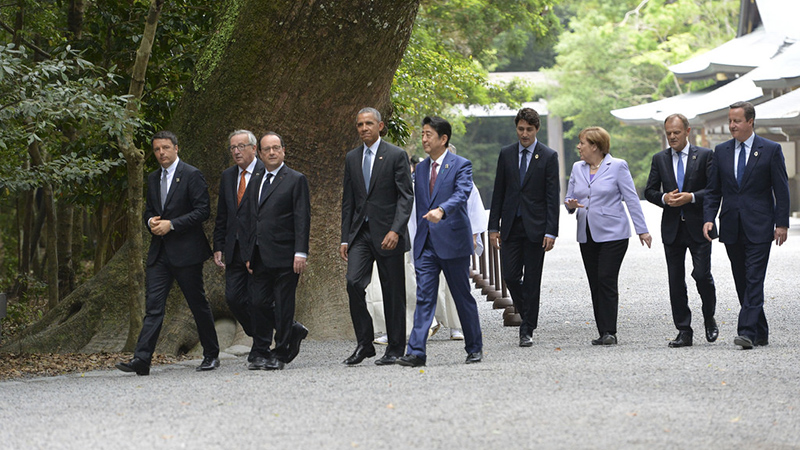 Subsidies for oil, gas and coal should be history in under a decade, leaders from the Group of Seven (G7) nations have agreed after two days of talks in Japan.

In a statement Canada, France, Germany, Italy, Japan, the US and UK said the high levels of emissions linked to energy production and use meant sector had a “crucial role”to play in addressing climate change.

“We remain committed to the elimination of inefficient fossil fuel subsidies and encourage all countries to do so by 2025,” they said.

An estimated US$5.3 trillion a year is spent by governments worldwide supporting the fossil fuel sector, according to data from the International Monetary Fund. A separate study by the OECD in 2015 came in at $160-200 billion a year.

That runs against the spirit of the UN’s new Paris Agreement on climate change, say environmental groups, which specifically calls for funds to be redirected towards greener forms of energy.

G7: Key announcements
-Calls for end to fossil fuel subsidies by 2025
-Supports HFC phase-down amendment in 2016
-Supports Paris Agreement entry into force by 2017
-Commits to carbon neutral growth in aviation from 2020
-Underlines goal to meet $100bn of climate finance by 2020

Shelagh Whitley, a research fellow at the London-based Overseas Development Institute, called the decision “historic” for agreeing an expiry date, noting the group had for the first time referred to subsidies for production as well as consumption.

“We finally have an endgame for these perverse incentives, and although we could easily get there twice as fast, a yardstick for holding governments to account,” she said.

Alex Doukas, a US campaigner with Oil Change International, said 2020 would be a more realistic date to slash support for fossil fuels to avoid dangerous levels of global warming.

Still, the statement did not stipulate what constitutes a subsidy. The UK government denies it offers its domestic fossil fuel sector any subsidies, while the ODI claims the real figure is £9.5 billion ($14bn) a year.

“The first assessment of all countries’ climate commitments takes place in 2018, and we challenge the G7 to produce plans for a transition to 100% renewable energy by then” – Jennifer Morgan, Greenpeace International

The host nation came under criticism for pressing ahead with plans to build 49 domestic coal plants. On the same day leaders signed the G7 pledge, the environment ministry endorsed two power stations.

Kimiko Hirata, international director of the Kiko Network, said: “This is a shameful decision which leaves Japan more and more isolated among G7 countries and moves us backward toward a bygone fossil fuel era.”

Overseas, G7 countries have spent $42 billion on the fossil fuel sector since 2007, according to research published last week by environmental groups.

“It is an important export item. Japan sells coal technology by claiming that energy-poor developing countries want it,” he said.