Incoming executive secretary of UN climate convention says she regards 2016 as the year of “implementation”, urging countries to act swiftly 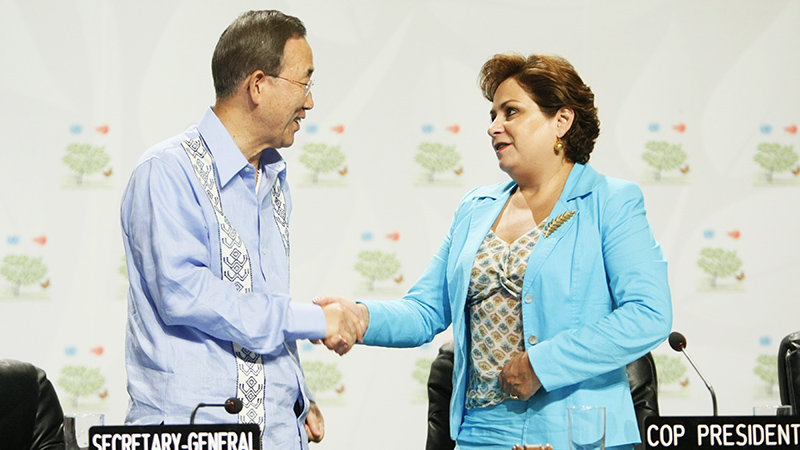 Patricia Espinosa has been formally confirmed as the new head of the UN’s Bonn-based climate body after a governing council of countries agreed with Ban Ki-moon’s nomination.

The Mexican diplomat takes charge of the climate talks in July from Costa Rican Christiana Figueres, who is stepping down after six years in the role.

“I stand ready to work with all governments – as well with all other stakeholders –  to realize the inspiring aims and ambitions of the new UN climate agreement adopted in Paris last December,” Espinosa said in a statement.

“This is the time for implementation and action – action that science informs us must be swift, decisive and sustained.”

Currently Mexico’s ambassador to Berlin, the veteran civil servant gained widespread praise for her role in guiding the 2010 Cancun climate summit to a successful conclusion.

“Her wealth of experience, hands-on understanding of the international climate process and her firm grasp of the crucial link between climate action and the Sustainable Development Goals will be a huge asset for advancing these crucial agendas over the years to come.”

Espinosa’s first challenge will be steering negotiations at the 2016 Marrakech UN climate summit. Having approved the Paris Agreement in 2015, 196 countries are now working on a set of rules to ensure it can be implemented effectively.