No need to destroy forests to feed growing population – study 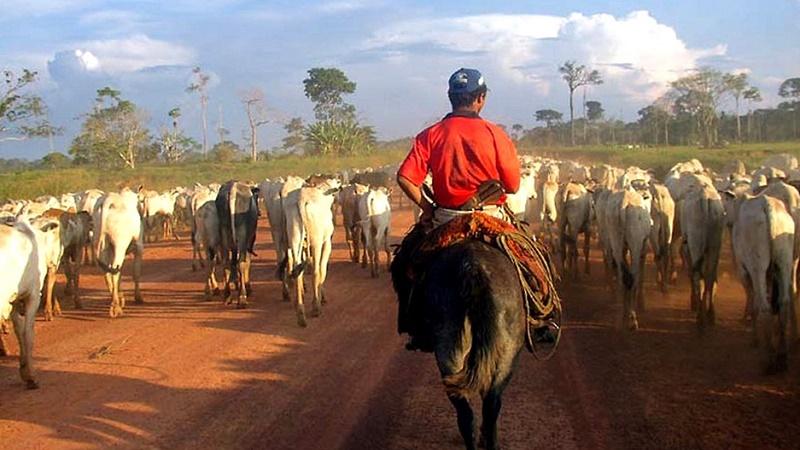 People don’t have to go hungry to conserve the planet’s forests. And farmers don’t have to bulldoze, burn or clear woodlands to make way for agriculture, according to new research.

By 2050, the UN estimates, there will be 9.7 bn mouths to feed. Right now there are 7.1 bn citizens of Earth, and these already exploit about three quarters of the land area not under ice.

“There is an implicit assumption among many forces that we have to encroach into the tropical forests and we have to use more land to feed the people,” says Karl-Heinz Erb, associate professor of land use and global change at the University of Klagenfurt in Vienna, Austria.

“We show that this argument is not valid. There are many options where we don’t have to encroach into the forests.”

He and his co-researchers report in Nature Communications that they considered 500 scenarios, involving demand, supply, trade patterns, new advances in efficiency or approach and so on, for food production and consumption.

They found that more than half of these – 289 in total – could feasibly meet the dual goal of conserving the existing forests and at the same time feeding the burgeoning population.

The Vienna scientists were hardly the first to address such a challenge: food security in a world of climate change is rapidly becoming a geopolitical anxiety.

Climate change is driven by human activity – chiefly the combustion of fossil fuels and changes in land use – and forests and other natural ecosystems play a powerful role in both soaking up the greenhouse gases released by human economic activity and at the same time sheltering many of the other 10 million or so species that share the planet.

But climate change in the form of drought, extremes of heat and catastrophic flooding also presents a threat to agricultural yields.

So scientists around the world have worried about the interplay of changes in human diet and the responses of farmers and the consequences of a growing appetite for meat in communities that had once largely relied on grains and pulses. But even so, some studies have confirmed that humans can conserve the existing forests and put food on the family table.

The solutions identified by Dr Erb and his colleagues do demand a significant change in dietary regimes. If the global population became entirely vegan, all 289 of the identified scenarios would be feasible.

If humans became almost entirely vegetarian – grains and pulses backed up by dairy products and some fish – 94% of the scenarios would work for humanity.

But only two thirds of these could possibly happen if dietary choices remained as they are today – and if the world opted for a rich, meat-based, western-style diet, only one in six would work.

Cattle, notoriously, consume huge resources in the shape of water and feed to yield relatively small quantities of food: livestock could also be responsible for 15% of the greenhouse gas emissions that offer such a threat to future food security.

But cattle, sheep, goats and other ruminants also graze terrains that could not be used for agriculture, and offer the only form of survival for many communities.

The overall message from the Vienna team’s study of what Dr Erb calls “option space” is that there must be a shift away from meat production. “I was surprised that there really were so many possibilities that were feasible in a world without deforestation,” Dr Erb said.

Many of the proposed solutions centred around increasing food supply through innovation and expansion. “But here we show that there are other types of actions that are more powerful, but they are also overlooked. From a sustainability point of view, the demand side seems to be more powerful in the end.”