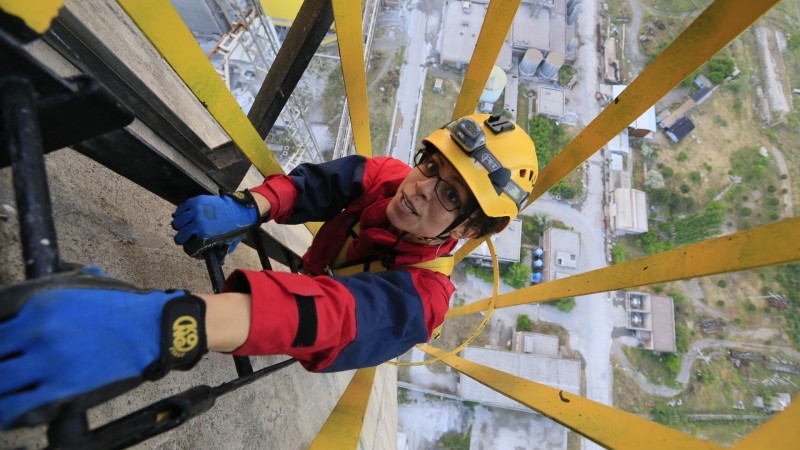 Eleven Greenpeace activists climbed a 280m chimney in Turkey on Wednesday to protest against coal power.

They unfurled a banner reading “grey and dirty” from the top of a lignite-fired plant in Soma, Manisa.

The slogan was a rebuttal to President Recep Erdogan’s recent claim to be greener than Greenpeace.

“There is a clear conflict between climate commitments and the Ministry of Energy’s existing plan to invest in coal,” said campaigner and lawyer Deniz Bayram.

“Turkey is at a crossroads between supporting dangerous and dirty energy systems that pollute the air and contribute to irreversible climate change or joining the energy leaders in adopting renewable energy systems.” 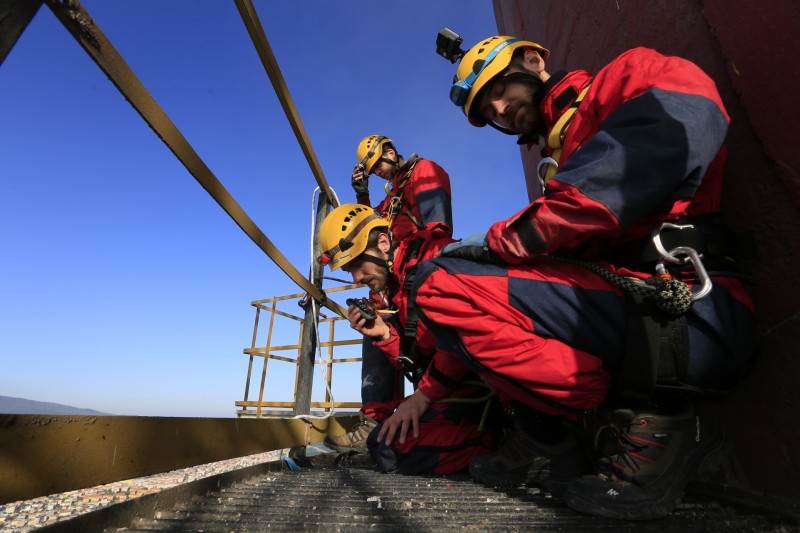 Turkey has the fourth largest coal project pipeline in the world after China, India and Russia, with more than 70 stations planned.

If built, these will double its greenhouse gas emissions and jeopardise international climate goals.

A recent report by Istanbul Policy Center urged the government to scrap coal subsidies and support clean energy instead. 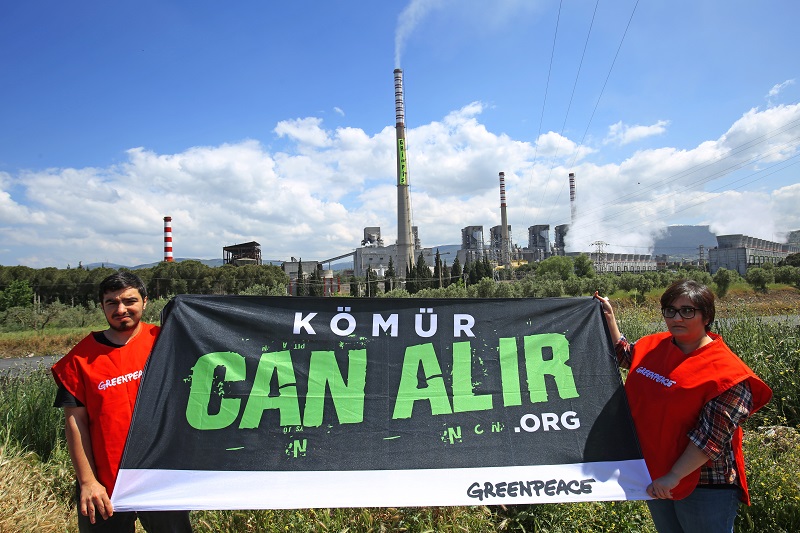 A banner on the power station chimney reads “grey and dirty” (Pic: Greenpeace)

The dash for coal has also met local opposition. Energy firm Kolin was ordered to halt construction of another nearby plant in late 2014, but not before it had cut down 6,000 olive trees to clear the ground.

Villagers were reportedly beaten and handcuffed by private security guards as they tried to block the bulldozers in the middle of the night.

At the time of writing, 38,000 people had signed a Greenpeace petition to halt coal development.