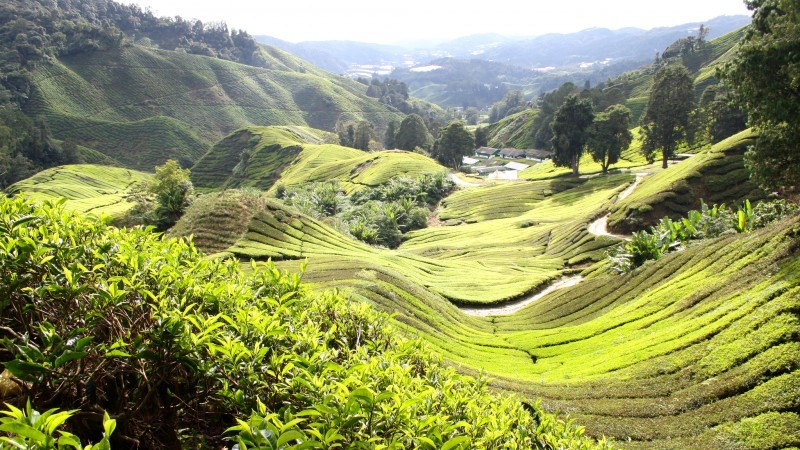 Slow changes in the annual monsoon season may be reducing yields in one of the world’s most important crops – and gradually watering down the tea in China.

Scientists in the US have used a new approach to examine harvests of Camellia sinensis – the evergreen bush whose leaves and leaf buds are used to produce tea − in southern Yunnan and other regions of China, and have identified a decline that could only be linked to the retreat of the monsoon, along with greater levels of downpour.

That climate change in the form of greater extremes of heat and drought and flood will affect crop yields overall is well-established, but what matters to farmers is what gradual global warming and subtle shifts in seasonal weather patterns will bring to specific crops in traditional agricultural provinces.

For the moment, wine harvests in areas of France may have benefited from earlier springs and warmer summers, and the overall shift in average temperatures has brought new hope to the once-struggling English vineyards.

But tea – the most consumed beverage in the world, after water, and celebrated by the 18th-century English poet William Cowper as “the cups, that cheer but not inebriate” – is grown in 50 countries, but is of vital economic importance to 80 million rural people in China and at least three million in India.

Rebecca Boehm, PhD candidate at Tufts University’s Friedman School of Nutrition Science and Policy in the US, and colleagues report in Climate journal that rather than match annual production figures with the calendar dates of the east Asian monsoon onset, they looked at regional rainfall figures from 1980 to 2011 to decide precisely when the rainy season could be said to have begun and ended.

And their “yield response model” identified a set of incremental changes that each seemed to affect harvests.

Tea is not a simple crop. The buds form on the evergreen perennial bush, and growers and skilled workers have to decide when to pick to deliver the product with the best flavour.

Producers have to maintain quality, but tea in particular is an astonishing mix of flavonoids, caffeine, non-protein amino acids and other natural chemicals that vary according to growing conditions, but which have been linked to human health.

Boehm says: “If monsoon periods continue to be longer and produce heavier daily rainfalls that could reduce tea yield and quality, then there needs to be changes in management techniques, such as possibly planting tea varietals that are more tolerant of increased precipitation, or managing soil in ways to increase water-holding capacity.”

The methodology could be employed to examine yield changes in other places, and with other crops.

“We hope that our approach will enable researchers to more accurately assess how monsoon and seasonal dynamics affect crop productivity in tropical and subtropical regions globally,” Boehm adds.