Climate activists plan ‘global wave’ of protests in May 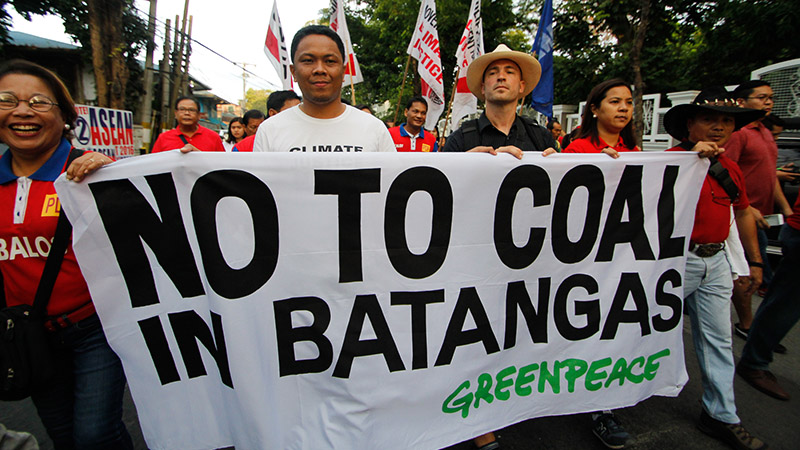 Batangas citizens, anti-coal activists and environmental advocates in the Philippines in a March 17 protest (Pic: 350/Flickr)

The world is on the cusp of enforcing a new agreement to tackle climate change, but campaigners remain unimpressed.

With two days until more than 150 countries sign a pact to reduce greenhouse gas emissions to net zero later this century, they are upping the ante.

“In the middle of next month, at locations around the planet, activists organized by, among others, 350.org, a group I helped found, will commit widespread civil disobedience,” writes Bill McKibben.

“It will be by far the largest-scale moment of civil disobedience the climate movement has yet seen. And here’s why: Because so far action comes far too slowly.

“The world’s governments agreed in Paris in December to try and hold global temperature increases to 1.5 degrees Celsius – but the pledges they made will let the mercury rise more than twice that much.”

In a “global wave of mass actions”, activists will target fossil fuel producers, governments and companies perceived to be slowing efforts to slash emissions.

In the UK, activists from Reclaim the Power plan to “shut down the UK’s largest opencast coal mine” in Ffos-y-fran, Wales.

Similar protests are planned in the US, Germany, Brazil, New Zealand, Turkey, Indonesia, the Philippines, Australia, Canada and Nigeria from 4-15 May.

“As at a few other moments in recent human history, from the anti-colonial struggles touched off by Gandhi or the civil rights moment triggered by Rosa Parks – it’s time to underline the moral seriousness of the challenge by putting our bodies on the line,” added McKibben.

“We have reason to think it will help: when we organized the civil disobedience actions at the start of the Keystone Pipeline fight, almost no one had even heard of the project.

“But 1,253 arrests later it had become an environmental watchword, and a catalyst for resisting hundreds of other fossil fuel projects.”