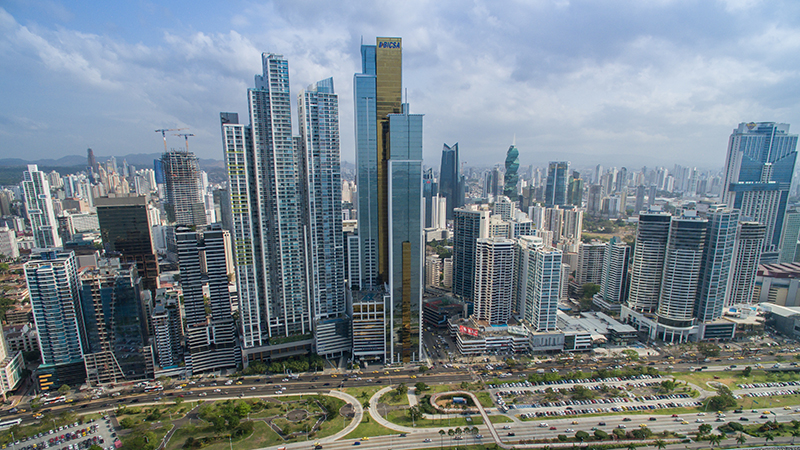 Panama city is a hub for international finance and commerce (Flickr/ f. ermert)

Panama will present its tardy offer to a climate rescue pact next week, departing a club of war-torn and renegade countries.

The country, famed for its canal and tax haven status, will use a UN ceremony on 22 April – where over 130 nations are set to ink last year’s Paris climate agreement – to unveil its carbon-cutting strategy.

“The plan is that it will be released as an [nationally determined contribution] at next week’s Climate Summit in NY,” lead envoy Kevin Conrad said by email on Thursday.

The tropical forest nation’s contribution to global warming is tiny. It says it produces 0.03% of global emissions.

But a submission would reinforce UN-backed efforts to curb emissions, leaving just six from 195 countries not to deliver a plan.

Panama is likely to emphasise how its canal, a key conduit for maritime trade, reduces emissions in the plan or ‘nationally determined contribution’ in UN jargon.

It may expand on President Juan Carlos Varela’s plans to plant 1 million hectares of trees and build a modern transport system, announced at the December talks.

The news will be a relief to international donors who gave technical assistance to Panama’s government to draft the plan.

“If you look at the countries missing, Panama is in the bad group with failed states and North Korea,” they said.