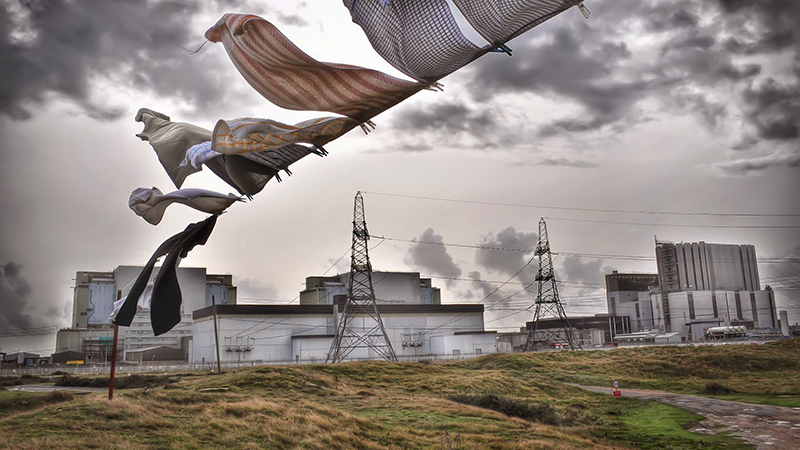 The world’s big powers are in a race to build a new series of small reactors, which they believe will combine with renewables to create a low-carbon future for the planet.

Small modular reactors (SMRs) have hardly been heard of by the public, but many billions of dollars are being spent in the US, China, Russia, the UK and France on research and development.

The nuclear industry believes the first reactors can be deployed as early as 2025, and the plan is for them to be sited close to towns to produce the local electricity supply.

This week, leaders of companies from across the globe are meeting in Atlanta, Georgia, to assess progress on prototypes and to address the all-important question of licensing these new designs for safety.

The US government has already put $217 million into one commercial design, and is offering billions of dollars in loan guarantees for others.

The UK government has just announced a competition to get the best design and has put £250 million into a fund to pay for research and development over the next five years.

Preferred designs will be picked later this year, and the UK plans to be a world leader in the technology, exporting small reactors across the world, according to the Department of Energy and Climate Change.

The industry says the smallest reactors could be produced on a factory production line and transported by large lorry, and the larger ones could be produced as prefabricated components to be assembled on site. This would vastly reduce both building costs and construction time.

In an editorial, the Nuclear Energy Insider newspaper expresses its enthusiasm for the strategy, but calls for “more resources to accelerate the development and approval of SMR designs so that consumers can benefit from lower costs and the UK’s nuclear renaissance can be cemented”.

The newspaper claims that the new designs will produce power at one-third of the cost of the planned Hinkley Point reactors in southwest England, where the 3,200 megawatt output will cost double the current market price of electricity.

“Multiple SMRs may actually present a higher risk than a single large reactor, especially if plant owners try to cut costs by reducing support staff or safety equipment per reactor”

So far, there has been no reaction from the British public to this commitment to a new generation of nuclear reactors, but that will no doubt come later this year when the government names the sites where it plans to build the SMRs.

Most likely locations for the first prototypes will be at existing nuclear sites where old reactors have been shut down or nuclear fuel is made. Another alternative is the land owned by the military, where no planning permission will be required, but this might not go down well with the public.

The new reactors can have an output of anything from 10 to 300 megawatts. This ranges from the needs of a small town to a very large one.

To be cost-effective, they need to be placed near towns, producing electricity where it is needed. What the local population will say to having a nuclear power station in their midst is hard to say – wind farms in Britain have raised such opposition that the government has allowed people to veto them.

The alternative is to group a whole series of these small reactors together so that they produce the same power as a large reactor, but critics wonder how this will keep down costs and are concerned about safety. Would a group of reactors need to be under a concrete shield to contain any accidental release of radioactivity?

Enthusiasts for the technology point out that small reactors are not new, with hundreds in operation across the world as power plants for submarines and icebreakers.

Critics accept that while the technology is known to work, the costs are unknown. Small reactors are for military use, and so economic considerations do not apply in the same way.

British members of parliament on the House of Commons Energy and Climate Change Committee were keen on the idea. Their report enthused that SMRs are designed in a way that allows them to be manufactured at a plant, brought to site fully constructed, and installed module by module, thereby potentially improving manufacturing efficiency and cost, while reducing construction time and financing costs”.

The US-based Union of Concerned Scientists points out the difficulties of placing small reactors close to centres of population and doubts that they can produce power more cheaply than larger ones. It points out that existing commercial reactors originally got bigger and bigger to produce economies of scale.

The scientists accept industry claims that smaller reactors are inherently less dangerous than larger ones, but argue: “While this is true it is misleading, because smaller ones generate less power than large ones, and therefore more are required to meet the same energy needs.

“Multiple SMRs may actually present a higher risk than a single large reactor, especially if plant owners try to cut costs by reducing support staff or safety equipment per reactor.”

Their report concludes: “Unless a number of optimistic assumptions are realised, SMRs are not likely to be a viable solution to the economic and safety problems faced by nuclear power.”