Brazil, China, India and South America RSVP for UN ceremony and pledge to ratify emissions-cutting treaty as soon as possible 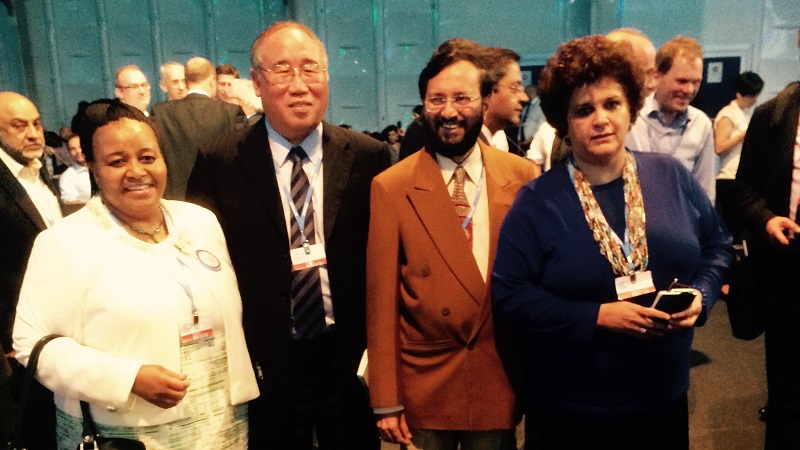 Brazil and South Africa became the latest countries to signal their intent to sign the Paris Agreement later this month in New York.

In a joint statement with India and China, the so-called BASIC group said they “look forward” to signing the landmark pact struck by 195 countries last year to curb emissions.

“We will start process of ratification in our countries, and we have urged other countries to do the same,” Indian environment minister Prakash Javadekar told reporters after a two-day meeting in New Delhi on Thursday.

Support from the group is significant as they represent growing contributors to climate-warming pollution and form a powerful caucus at UN-backed talks. But ratification in national legislatures, not just the symbolic act of signing, is the critical test.

Over 120 countries have said they will attend the ceremony, according to climate talks president Segolene Royal.

China said it would attend in a joint announcement with the United States. India confirmed on Monday.

Javadekar called the Paris deal a “milestone agreement”, but reminded the developed world of its commitment to mobilise US$100 billion of climate aid a year from 2020 for developing countries.

“We must build on the Paris agreement so that the global community will feel that Paris has succeeded and the world is working to achieve the targets,” he said, flanked by the three ministers.