The view of the 12 Pipestill at sundown at BP’s Whiting Refinery outside of Chicago, USA (Pic: BP/Flickr)

Giants of the oil and gas industry spent millions of dollars last year to manipulate lawmakers and public discourse on climate change, an NGO claimed on Thursday.

Lobby group the American Petroleum Institute spent the most at $65 million, followed by Exxon Mobil on $27m and Shell on $22m last year. 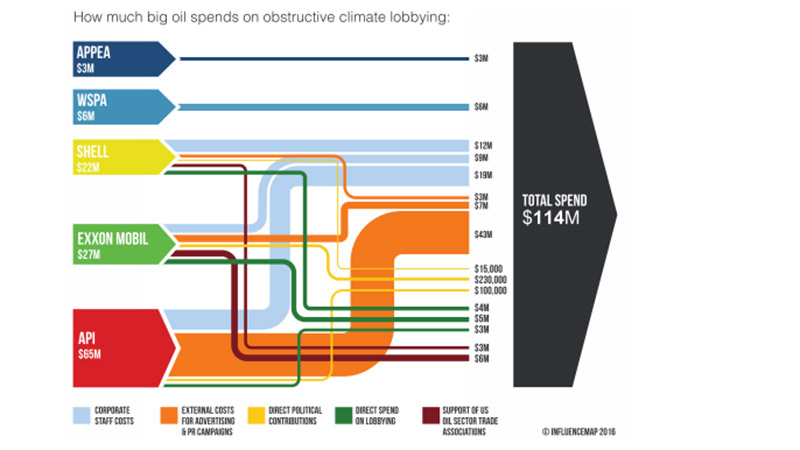 In the first estimate of its kind, Influence Map analysed tax records and lobbying registers to estimate total spending. They then assessed the extent geared towards climate legislation.

Finally, they graded the players on their supportiveness of climate action, with Shell getting a D-, Exxon E- and API an F.

It comes as investors are calling for increased disclosure on where their funds are headed. Exxon is under investigation over claims it misled investors on the evidence for human-caused climate change.

While more and more investor groups are spending money on pro-climate advocacy, Influence Map estimates the amount is much smaller, at less than $5 million a year.