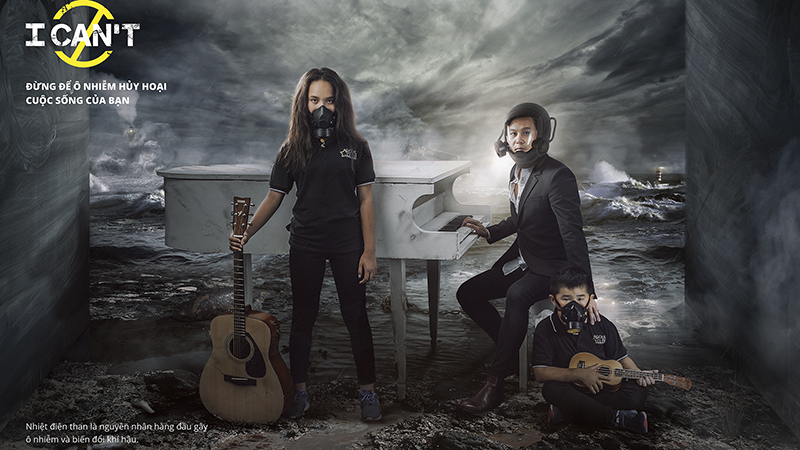 Thanh Bui, head of Soul Music Academy, sits by his broken piano, unable to teach while his students also struggle to learn in their gas masks (credit: Change VN)

Vietnam’s government shocked in January with a pledge to halt construction of new coal power stations.

But NGOs aren’t banking on prime minister Nguyen Tan Dung’s announcement. Coal is a cheap, abundant source of fuel for developing countries – if you don’t count the health costs, that is.

Pollution from smokestacks causes 4,300 early deaths a year in the Asian country, according to a Harvard University report commissioned by Greenpeace.

Up to 56 units could still come online, according to latest estimates by campaign group Coal Swarm.

It is why CHANGE and 350.org have launched a campaign to raise public awareness about the health impacts, while the plants’ construction hangs in the balance.

International choreographer Alexander Tu, actor Diem My and singer Trong Hieu are among eight Vietnamese celebrities posing in the posters. 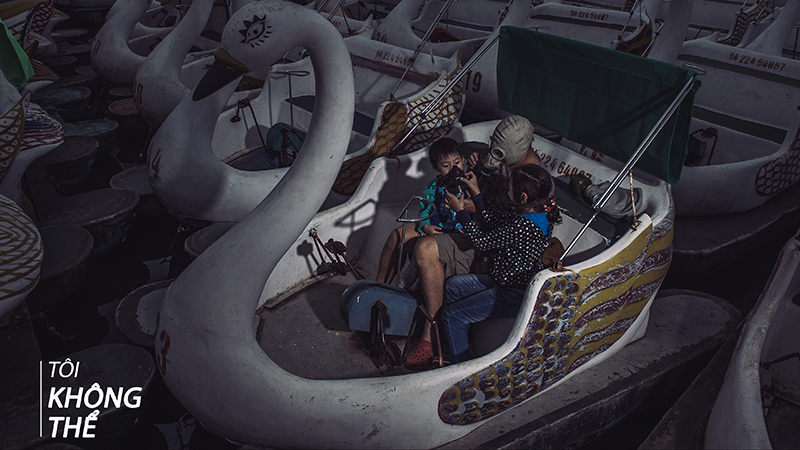 A scene of a family attaching a gas mask on a young boy at an amusement park (credit: Change VN) 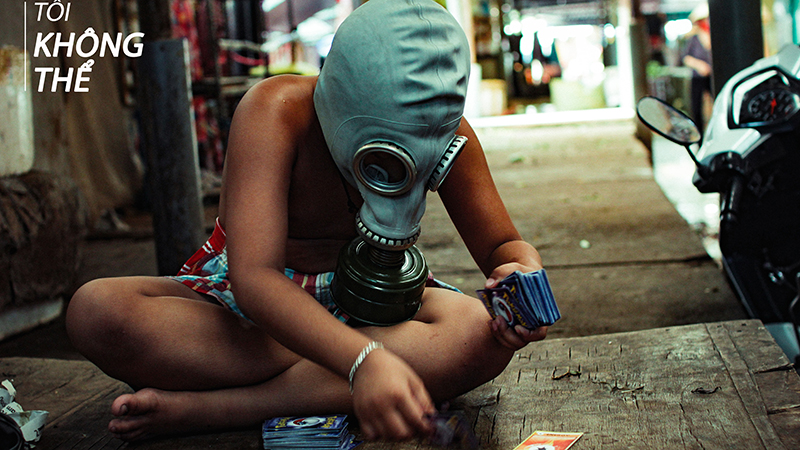 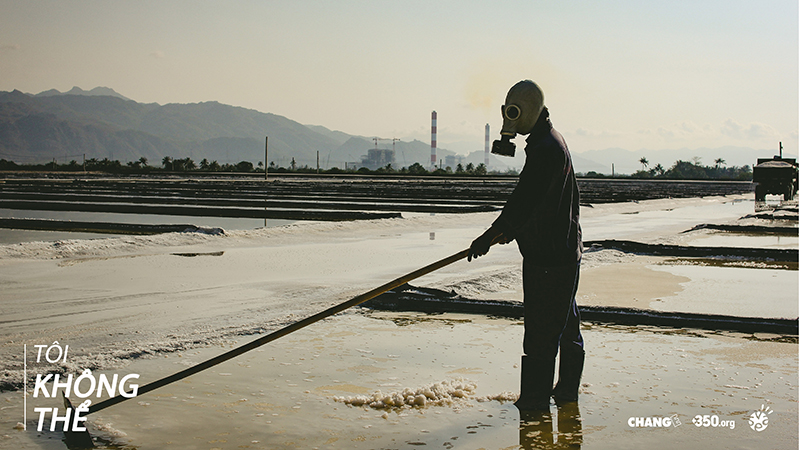 A man with the Vinh Tan coal plant in the background (credit: Change VN)