Super CO2-sucking crops could save the world from starving 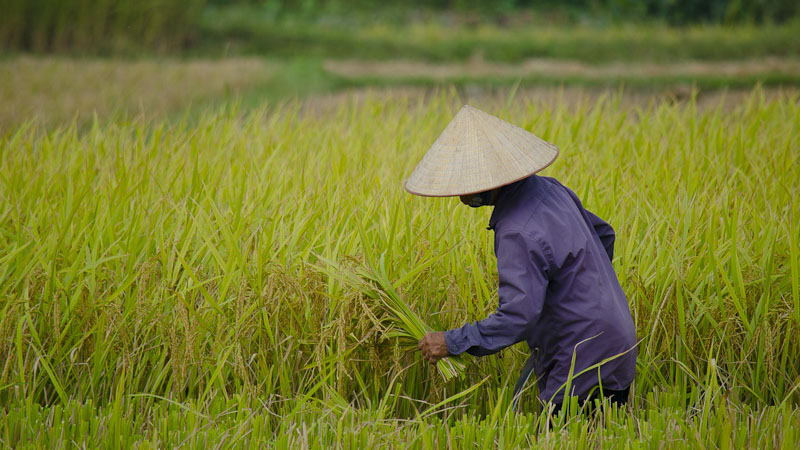 They believe this could achieve much higher yields on the same amount of land and help to stave off the prospect of widespread hunger as human populations increase.

Researchers at the University of Illinois report in the journal Proceedings of the Royal Society B on their experiments with an enzyme that can determine the rate of photosynthesis − the way that plants use light to produce oxygen and organic compounds − and a molecule linked to plant growth.

They say field tests have shown that their concept works, and now plan trials on staple food crops. The project, Realising Increased Photosynthetic Efficiency(RIPE), is supported by the Bill & Melinda Gates Foundation.

The global need to grow more food is urgent. By 2050, the researchers say, the world population will have grown so much and become so urban that humans will need to produce 87% more of the four primary food crops – rice, wheat, soya and maize/corn − than they do today.

Climate change over the next 30 years is expected to mean warmer temperatures and more carbon dioxide in the atmosphere. Crop plants cannot evolve fast enough to adapt to change at that rate, and land suitable for growing food is also being lost across the world.

Stephen Long, professor of crop sciences and plant biology at Illinois and co-author of the report, says: “We have to start increasing production now, faster than we ever have. Any innovation we make today won’t be ready to go into farmers’ fields for at least 20 years, because we’ll need time for testing, product development, and approval by government agencies.

“On that basis, 2050 is not so far off. That’s why we say we’re one crop breeding cycle away from starvation.”

The researchers say their proposed solution will not only take advantage of the increased warmth and CO2, but will also achieve much higher yields on the same amount of land.

The rate of photosynthesis in crops such as soya and rice is determined by two factors – the first being the enzyme that traps CO2, known as RuBisCO.

With lower CO2 levels and at high temperatures RuBisCO can, as the researchers put it, “make a mistake and use oxygen instead of CO2”. When that happens, the plant ends up releasing CO2 back into the atmosphere.

“We have to start increasing production now.
Any innovation we make today won’t be ready
to go into farmers’ fields for at least 20 years”

Under higher levels of CO2, such as those projected for future climates, RuBisCO becomes much more efficient and photosynthesis rates naturally increase as it makes fewer mistakes. The carbon fixed by RuBisCO is eventually turned into carbohydrates that the plant can use as an energy source for producing grain and fruit.

But more CO2 will mean rising temperatures, and RuBisCO’s increased efficiency under high CO2 begins to break down in hot climates. So scientists want to improve RuBisCO so that it will operate efficiently in both high temperature and high CO2 conditions.

“Our partners are looking at a wide range of RuBisCOs from different organisms to see whether they can find one that will make fewer of these mistakes in hot climates,” Long says.

The second factor that can limit photosynthesis is the rate at which everything else in the leaf regenerates a molecule involved in accepting CO2, known as RuBP.

“As we go to higher CO2 levels, instead of being limited by RuBisCO, we’re limited by this regeneration step,” Long says. We’re looking at ways to manipulate the speed of that regeneration.”

The researchers developed mathematical models that showed how to alter the way nitrogen is divided by the plant, letting it make more carbohydrate under higher temperature and CO2 without the crop requiring more nitrogen fertiliser. This can pollute soil and water, and can increase emissions of nitrous oxide, a greenhouse gas.

The models were then tested in the field. Using genetic engineering, the team tried to speed up the regeneration of RuBP in tobacco plants while subjecting them to high-CO2 environments.

The proof of concept worked: photosynthesis rates and yield increased. The next step will include tests on staple food crops in controlled environments and in field trials.

In many countries, there is fierce controversy over genetically modified food. Despite this, Professor Long says: “In the face of the extraordinary challenges ahead, we simply do not have the luxury to rule out the use of any technology that may hold promise to improve crop performance.”