Trillions of dollars at risk from climate impacts – study

An overheating planet could wreak financial havoc, researchers find in the most comprehensive valuation to date 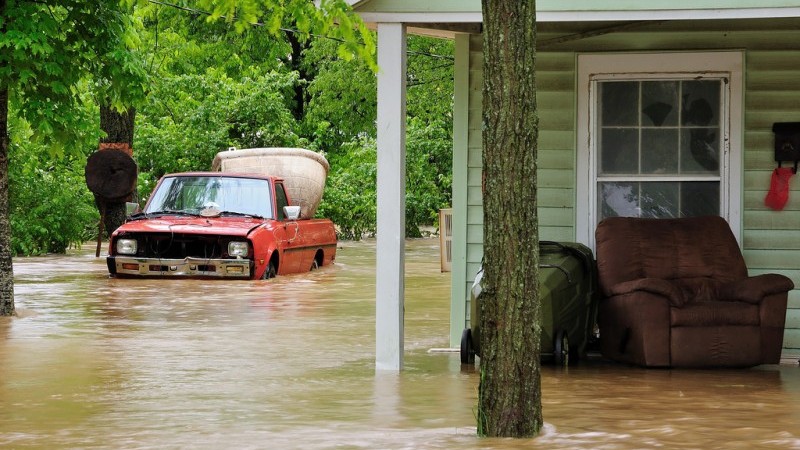 Assets equivalent to the six largest companies listed on US Dow Jones stock exchange are at risk if carbon emissions rise unabated, researchers have calculated.

Under business as usual, climate change will wipe an estimated US$2.5 trillion – the market capitalisation of Apple, Alphabet, Microsoft, Exxon, Facebook and General Electric – off the global economy by 2100, according to a study published in Nature Climate Change on Monday.

If global warming is worse than expected, this could rise to $24.2 trillion. Controlling emissions to hold temperature rise below 2C “substantially reduces” the costs.

Rising sea levels, drought or extreme storms can affect financial assets in one of two ways. They can destroy and damage infrastructure, or disrupt economic activity like farming.

Simon Dietz at the London School of Economics and lead author said the findings – the most comprehensive of their kind – might surprise investors, but not economists.

“[E]conomic models have over the past few years been generating increasingly pessimistic estimates of the impacts of climate change on future economic growth,” he said.

The study calculated 1.8% of global non-bank assets, following the Financial Stability Board 2013 valuation of $143.3 trillion, are at risk.

This leaves a clear rationale to cut carbon emissions fast, the researchers said.

Even factoring in the costs, reducing heat-trapping gases to the 2C safe threshold would boost the net value of financial assets by 0.2% to $315 bn compared with “business-as-usual” levels.

Sabine Fuss, an analyst at the Mercator Research Institute on Global Commons and Climate Change, wrote in an accompanying article in the journal Nature: “This underlines both the need for full disclosure so that climate risks can be assessed and portfolios adjusted accordingly, and the need for more research to develop comprehensive estimates of the risk of such losses.”