For Myanmar, temptation of cheap coal ‘hard to ignore’ 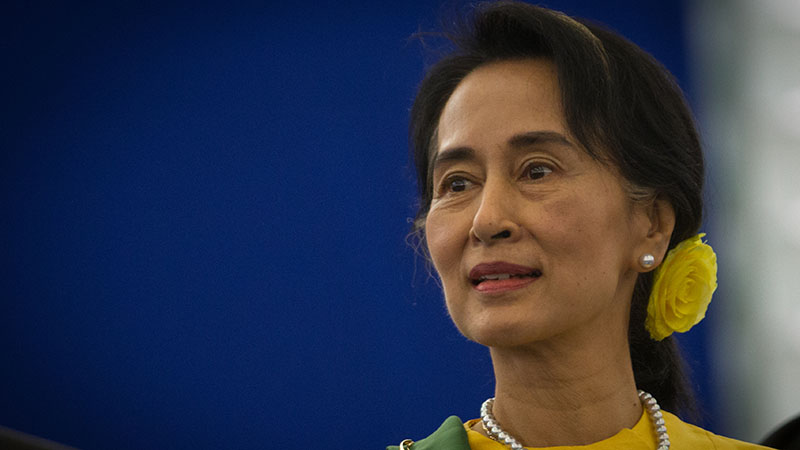 Aung San Suu Kyi has declared her intention to govern despite not being president (credit: Wikimedia commons)

Aung San Suu Kyi’s party will stick to existing targets to increase coal-fired power from 2% to 30% within 15 years, as it expands energy access in a country with one of the world’s lowest electrification rates.

That urgency will take precedence “resulting in a few steps back on climate change,” said Miguel Chanco, regional expert at the Economist Intelligence Unit.

“After all, approximately 70% of the population still does not have any such access to power,” he said in an e-mailed statement.

“On that note, the temptation of cheap coal will be hard to ignore and I suspect that the new government, at least in the near term, will pursue the broad targets outlined in the Energy Master Plan.”

Indonesian and Thai coal firms are reportedly lining up to build power stations. The World Bank, however, has refused to finance projects as they contribute to climate change and air pollution.

Myo Myint, an energy expert at the bank, said in comments reported in February by Thai media: “There is still potential for hydropower and gas reserves left untapped. We have yet to explore coal and those reserves found so far are poor in quality.”

“To my knowledge, we will have to import coal if we set up coal-fired power plants. So I believe we should first try to run on resources at hand.”

Suu Kyi, who is set to govern despite being constitutionally barred from the presidency, was initially appointed as energy minister among three other briefs.

She will now remain foreign minister and minister in the president’s office, a statement said on Monday.

The state committed to increase forest cover to 30% of land area and generate 38% of its electricity from hydropower by 2030, in a submission to the Paris climate accord last year.