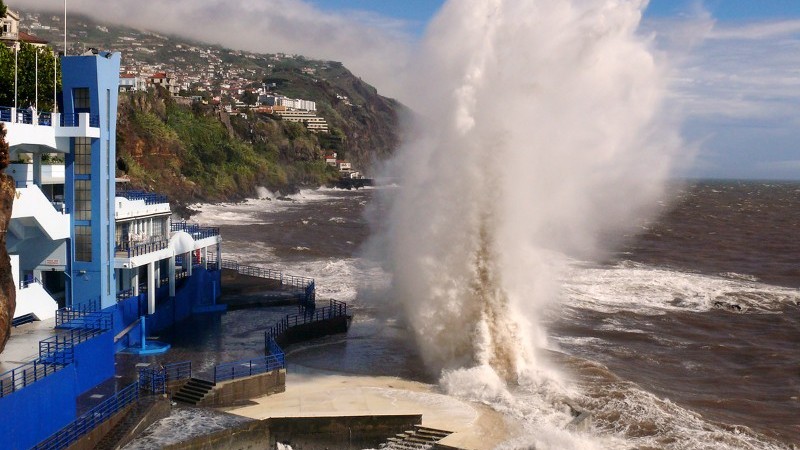 The Atlantic seas could be getting rougher, with winter storms capable of causing dramatic changes to the beaches of Western Europe.

And new research shows that the pounding delivered to the shorelines of the UK and France in the winter of 2013-2014 was the most violent since 1948.

Instead, they concentrated on the energy delivered by the rising waves as they crashed onto the beaches, dunes, shingle beds and rocky coasts, and on the consequent erosion of sediment.

For decades, climate scientists have predicted that rising levels of atmospheric greenhouse gases from the human combustion of fossil fuel could lead to global warming, and that warming would be accompanied by more frequent or more violent storms.

That sea level rise inexorably means damage to coastlines has been repeatedly confirmed. And the fact that Atlantic waves have been getting higher was settled long ago. A study in 1991 revealed that wave heights − measured from a lightship and an ocean weather station − had been rising by 2% a year since 1950.

The latest study examined open-coast sites across Scotland, Ireland, England, France, Portugal, Spain and Morocco. The researchers found that, along exposed coastlines in France and England, the beaches had taken a hammering. For every one metre strip of beach, there had been sand and shingle losses of up to 200 cubic metres.

Beaches change according to tide, season and weather. But, overall, while the waves take sediment away, they also shift in new material from further along the coast. It’s the natural pattern of erosion.

But the logic of the latest study is that the extreme violence of individual storms, and the seeming increase in storm frequency, could result in dramatic changes.

“We have previously conducted research showing the devastating effects caused to the UK by the stormy winter of 2013/14. But the damage caused to coastal communities there was replicated – and in some cases exceeded – across western France,” Professor Masselink says.

“All but one of the sites assessed for this study reached their most depleted state at the end of the 2014 winter, and it will take many years for them to fully recover.”

During the winter storms of 2013-2014, extreme wave conditions were five times more frequent than normal, and wave heights were 40% higher than average.

“The extreme winter of 2013/14 is in line with historical trends in wave conditions and is also predicted to increasingly occur due to climate change, according to some of the climate models, with the winter of 2015/16 also set to be among the stormiest of the past 70 years,” says Tim Scott, a lecturer in ocean exploration at Plymouth University, and a co-author of the study.

“Whether due to more intense and/or more frequent storms, it should undoubtedly be considered in future coastal and sea defence planning along the Atlantic coast of Europe.”