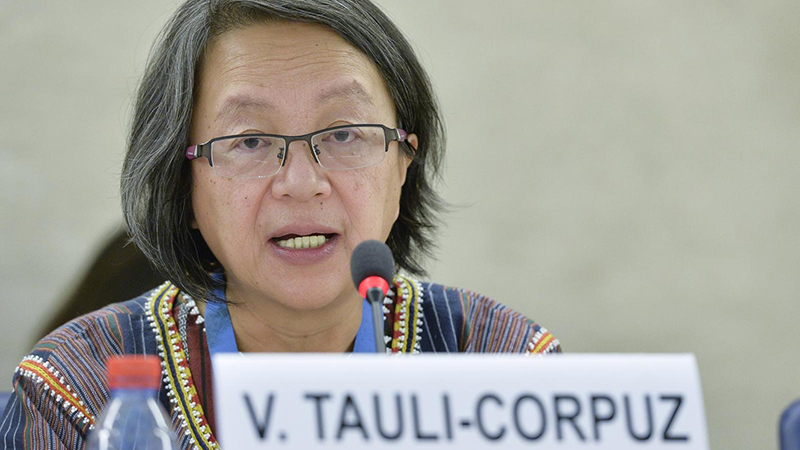 The killings of indigenous activists in Honduras signal a growing “epidemic” around the world, a UN envoy has declared.

Victoria Tauli-Corpuz, special rapporteur on the rights of indigenous peoples, urged governments to give protection to forest defenders in an interview on Thursday.

Prize-winning campaigner Berta Caceres was slain by gunmen earlier this month weeks after opposing a hydroelectric dam in the dangerous central American state.

This week a member of her organisation, Nelson Garcia, was killed by security forces during an eviction of an indigenous community.

“The pattern of killings in many countries is becoming an epidemic definitely,” Tauli-Corpuz told Climate Home by phone from Brazil where she is investigating violence faced by Amazonian tribes.

Report: On forests, the UN and indigenous people are worlds apart

At least 116 environmental defenders were killed in 2014, according to NGO Global Witness, with 40% of whom were indigenous.

Many were gunned down by hired assassins or shot by police in disputes over mining, dams and agribusiness. Three-quarters took place in Latin America, with south Asia the second-deadliest region.

Tauli-Corpuz, a Filipino official and the third to hold the UN brief, called for recognitions of land rights and a robust legal system to prosecute perpetrators.

Berta Caceres, an environmental campaigner who won the Goldman Prize in 2015 was murdered in March (Flickr/ Prachatai)

She also issued an appeal for consumers to boycott products “tainted by blood” that were grown on territories seized in land grabs and violated human rights.

“The economic effect makes a difference. We need all possible avenues to raise awareness.”

A fact-finding mission on indigenous rights in Brazil reached a damning conclusion: farmers and Indian are locked in “open warfare” as the agricultural frontier expands deeper into the Amazon.

“Brazil is perceived to be in a very good shape internationally, a country that talks about upholding advanced laws,” she said. “But the reality I see here tells me another story. There has been a systematic attack on the rights of the country’s Indigenous Peoples by all branches of government.”

Corruption has rolled back rights, a situation likely to be exacerbated by the country’s deepening economic crisis.