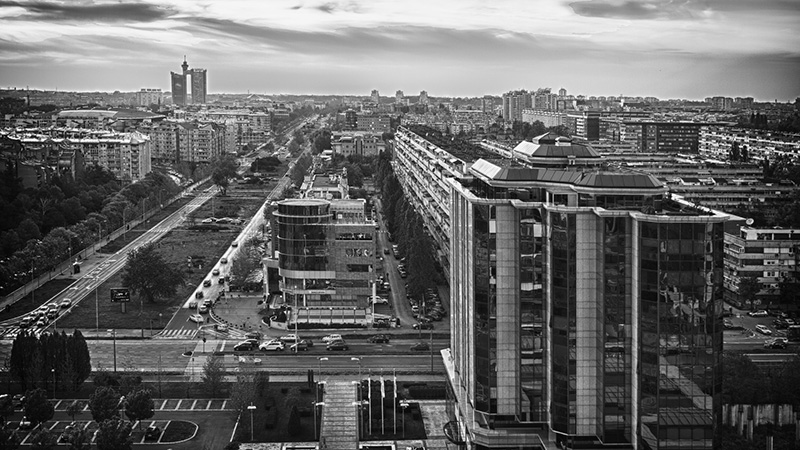 One dollar in three earned by the economy of Serbia is accounted for by those of its citizens who die early because of the country’s soaring air pollution.

The finding, by the World Health Organisation (WHO), is contained in a report published by a campaign group that argues for an end to coal-burning throughout Europe by 2040 to protect health and to reduce the carbon emissions that drive climate change.

The WHO list of the economic cost of deaths from air pollution (both outdoor and indoor), as a percentage of GDP, puts Serbia in second place, with 33.5% of its gross domestic product spent on this increasingly avoidable mortality.

For comparison, the UK figure is barely one-tenth as large: 3.7%.

Top of the list, which covers all the countries of the WHO’s European region, is Georgia, at 35.2%. The report, however, concentrates on the West Balkans, and so does not include the Caucasus countries.

The WHO published the list in 2010, but the figures it reports are the latest available and were repeated in another report published by the WHO and the Organisation for Economic Co-operation and Development (OECD) in 2015.

The group campaigning for an end to coal-burning in Europe is the Health and Environment Alliance (HEAL).

It says the public health costs from coal-fired power plants in five Western Balkan countries, with seven of the 10 most polluting coal plants in the whole of Europe, may be as high as €8.5 billion (US$9.4 billion) a year.

The calculation by HEAL includes costs directly related to air pollution from the plants, including from premature deaths, respiratory and cardiovascular hospital admissions, new cases of chronic bronchitis and lower respiratory problems, medication use, and days of restricted activity caused by ill-health, including lost working days.

The region depends heavily on coal and lignite and air pollutants in the Western Balkans, HEAL says, are at levels up to two-and-a-half times above national air quality safety limits, well beyond WHO recommendations.

The WHO says that “air pollution at current levels in European cities is responsible for a significant burden of deaths, hospital admissions and exacerbation of symptoms, especially for cardiorespiratory disease”.

It adds: “This potential for a major improvement in population health should be taken into account when developing energy policies”

Anne Stauffer, deputy director of HEAL, says the report “uncovers the myth that coal is the cheapest form of energy.

“Opting out of coal offers the prospect of a healthier and more prosperous future. The EU should encourage the change to a healthy energy future by significantly increasing financial support for renewables and energy savings.”

The report says a significant part of the Balkan pollution is carried on the wind and affects people elsewhere in Europe. It says that Europe, in this context, includes countries as far away as western Russia and Norway, and the EU’s current efforts to ensure cleaner air in member countries should not stop at its own borders.

There is strong local support for phasing out coal among leading health policy-makers in the Western Balkans, HEAL says.

Serbia’s State Secretary for Health, Professor Berislav Vekić, says: “Reducing the level of pollutants in the air would produce very significant health benefits. This potential for a major improvement in population health should be taken into account when developing energy policies.”

“Our expert energy models clearly show that the enormous potential for solar, wind and biomass – combined with much more energy efficiency – would lead to a cleaner, fairer, and more efficient energy system in South East Europe, and for the same cost as the currently planned investments in dirty lignite.”

Governments, including those in the Western Balkans, are being urged by HEAL and SEE Change Net to close existing coal plants and not to build any new ones.