Energy department says it is looking for alternatives to coal, but activists fear government will push ahead with fossil intensive investments 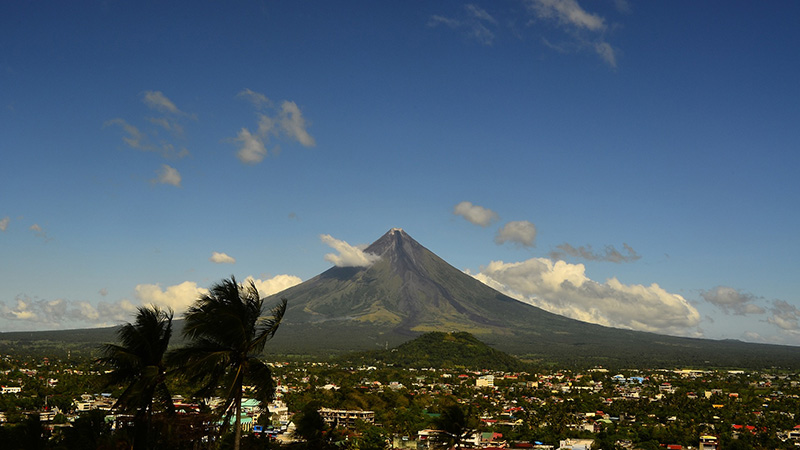 Mayon Volcano on the island of Luzon in the Philippines (Pic: Pixabay)

The Philippines government says it can meet rising energy demand and new climate targets with a mixture of gas and renewables steadily replacing coal in the country’s energy mix.

Gas is the “fuel of the future” said Jesus Tamang, head of policy and planning at the energy department, outlining how Manila will meet a goal of cutting emissions 70% on business as usual levels by 2030.

The expansion of the use of natural gas is seen to reduce 3.2 million tonnes of carbon dioxide by 2030.

This move has to overcome significant hurdles, however. The Malampaya gas field, a major source of natural gas in the country, is expected to dry up by 2024.

Under the same policy thrust, the DOE is eyeing to triple the installed capacity of renewables of up to 9,900 megawatts, with biomass, solar and marine power topping priorities.

Coal addiction?
As of May 2015, the Philippines has 17 operating coal plants (30 boiler units), with 29 more (59 boiler units) approved by the Department of Energy (DOE) to begin commercial operations by 2020. Coal accounts for nearly 40% of the energy mix (Source: Greenpeace)

But domestically a coal-heavy energy plan has drawn criticism. Little over a month after the Paris climate pact was agreed, president Benigno Aquino III opened a new coal power plant.

Over 50 coal plants with average lifespans of 35 years are planned for the country, according to recent analysis by the Global Coal Plant Tracker NGO.

Between 2012 and 2014 coal consumption rose 27%, Philippines senator Loren Lagarda told the Reuters news agency. Nearly two-thirds of the required 13,000 MW of capacity by 2030 will be coal, she added.

Speaking in Manila this week, former US vice president and high profile climate campaigner Al Gore said the government should take advantage of the falling costs of renewables to ditch its coal plans.

“What nation in the world experiences the most weather-related disasters? All the way up the list is the Philippines. Number 1,” he said.

“The data shows an estimated 960 premature deaths each year due to stroke, heart disease, other cardiovascular diseases and respiratory diseases,” it said.

“If the new power plants are to be developed, premature deaths may rise up to 2,410 or more than double the current number of people dying from coal-related pollution in the Philippines.”